The Bronx Chamber of Commerce held its largest Business Exposition at The Mall at Bay Plaza on Tuesday, June 30, 2015. Bronx Chamber of Commerce President Lenny Caro called this Business Expo the largest in the BCC's history. Mr. Caro said that the BCC is bringing Bronx Business's to the people of the Bronx. Also on hand were several health providers who provided varies free health screenings to the attendees of the Business Expo.
On hand were State Senator Ruth Hassel-Thompson who applauded the work of the Bronx Chamber of Commerce, and welcomed everyone to her district in which Bay Plaza lies. Assemblyman Michael Blake was also on hand telling of the grueling experience of the past state legislative session, but that he is not afraid to work longer and harder if there is results. He also hailed the 2,000 jobs that were created in the area for Bronx residents. The rest of the story is in the photos of the BCC Business Expo below. 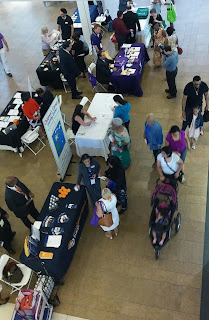 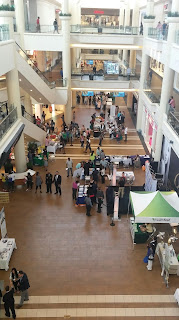 Above - Left and Right are photos from above the BCC Business Expo in the Bay Plaza Mall. 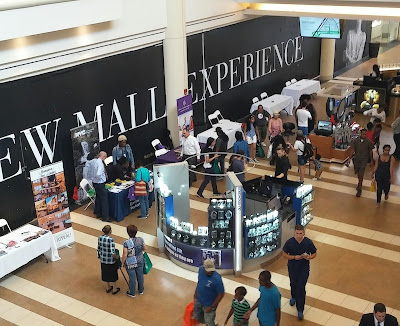 Above- A view from the second floor of the Bay Plaza Mall of one section of the BCC Business Expo.
Below - On the Business Expo floor Milea Auto Sales on the left, and NECB on the right. Behind are more Bronx Businesses, and you can see where the BCC booth in the background. 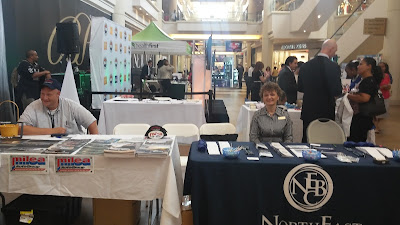 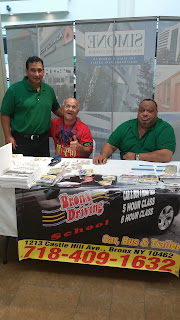 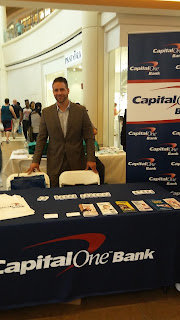 Above Left - Capital Bank was on hand at the BCC Business Expo. Capital Bank has several branches throughout the Bronx.
Right -  The Bronx Driving School located on Castle Hill Avenue was also on hand to offer some safe driving tips. 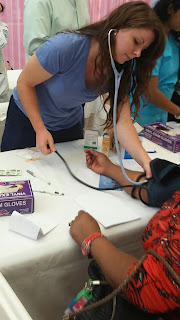 Above - Nursing students from Mercy College were doing health Screening in conjunction with Montefiore Hospital.
Below BCC President Lenny Caro poses with some of the many BCC business members. 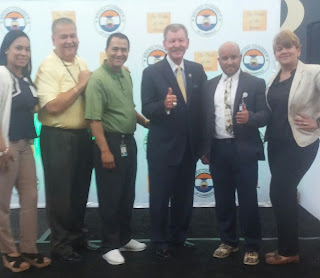 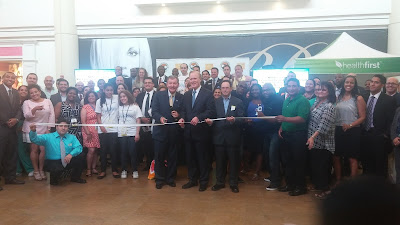 Above - BCC President Lenny Caro is joined by most of the venders for the official ribbon cutting ceremony of the new mall at Bay Plaza.
Below - Bcc President Caro cuts the ribbon. 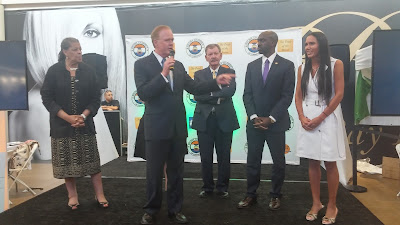 BCC Chairman Joe Kelleher is speaking, as State Senator Ruth  Hassel-Thompson is on the left, Bcc President Lenny caro in the middle, with Assemblyman Michael Blake next, and BCC Executive Director Michelle Dolgow-Cristofaro on the right.

Email ThisBlogThis!Share to TwitterShare to FacebookShare to Pinterest
Labels: The Bronx Chamber of Commerce holds the largest Business Exposition in the Bronx