The DOC’s budget hit an all-time high of $1.36 billion in Fiscal Year 2017 — but the average daily inmate population fell to a 34-year low of 9,500
Annual cost per inmate has skyrocketed 112% over the last decade
During the past Fiscal Year, the City Department of Correction (DOC) budget has soared to a record-high $1.36 billion, despite a 34-year low average daily population of 9,500, according to a new analysisreleased today by New York City Comptroller Scott M. Stringer. The new analysis also highlights how – despite employing more than a 1-to-1 ratio of officers to inmates – the cost per inmate has risen significantly while overtime has nearly doubled over the past several years.
“We need to transform criminal justice in this city and in this country. We need a smart, modern, and fair corrections system. Right now, the inmate population is at its lowest point in decades, but costs continue to rise dramatically. An extraordinary decline in inmates should yield cost-savings and better all-around outcomes – not dramatic spending increases. That’s what’s so alarming about the numbers,” New York City Comptroller Scott M. Stringer said. “We have to do better, and as this analysis makes clear, we’re putting far more money into far fewer inmates. It’s one of the many reasons that I believe we need to close Rikers on a quick timeline and take a 21stcentury approach to criminal justice.”
Comptroller Stringer’s analysis uses budget data, claims against the City, reports of violence in City jails, and personnel data to analyze the Department of Correction’s operations. According to the analysis:
The DOC’s Budget Reached an All-Time High in FY 2017 — Even as the Inmate Population has Plummeted 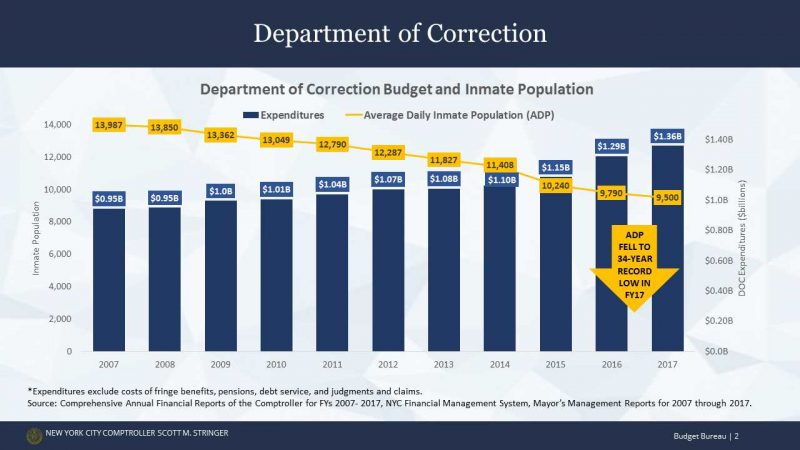 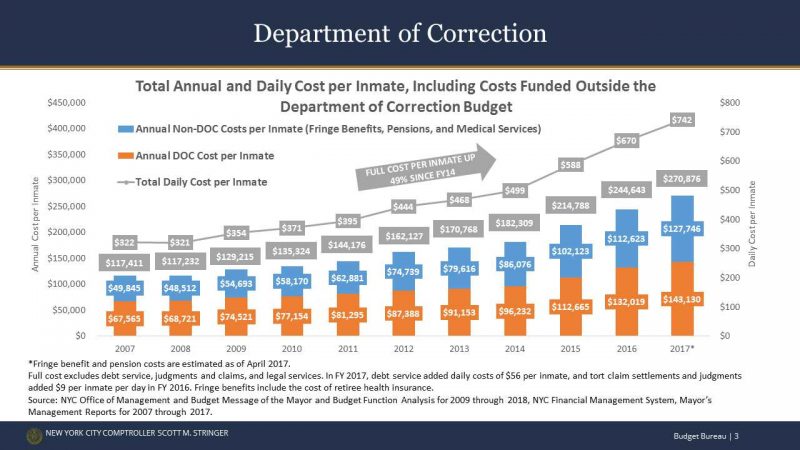 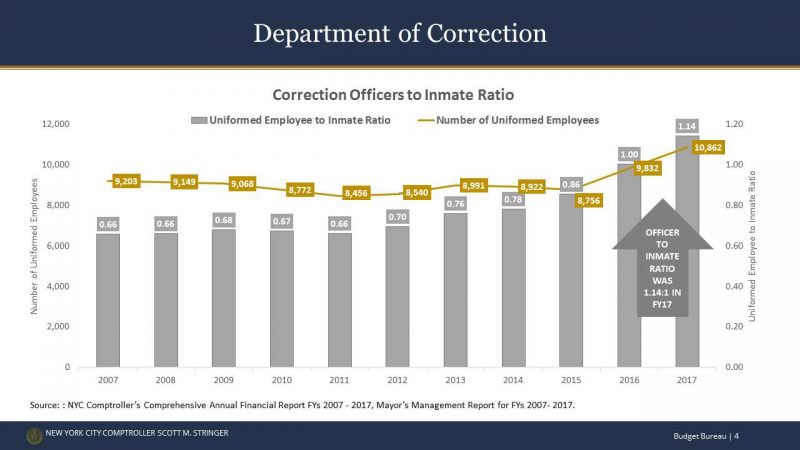 More Staffing Has Not Yielded A Safer Corrections System
Part of the increase in costs and staffing stems from an expansion of jail programs, greater security measures, and new training – all laudable goals and initiatives. Yet, so far, those investments have yielded few positive outcomes when it comes to lowering violence. 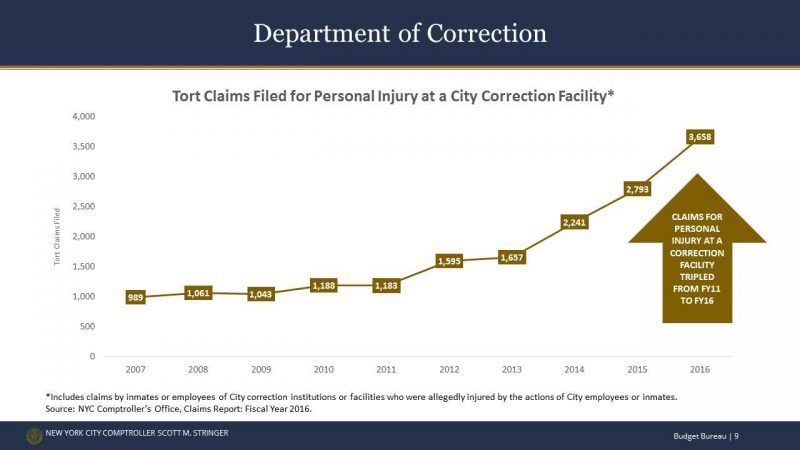