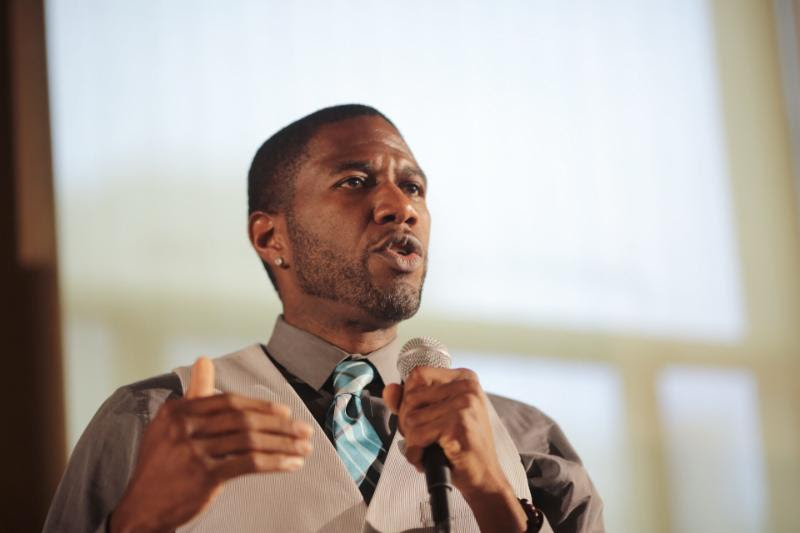 As part of his ongoing bid to become the next Speaker of the New York City Council, Council Member Jumaane Williams, Deputy Leader, today released a far-reaching plan outlining the 'Next Chapter for New York City,' with the stated goal of improving life for all New Yorkers.

The plan, which was developed over months of ongoing conversations with his fellow Council Members, provides a blueprint for  specific institutional reforms for the City Council itself, as well as an overall vision for the City that would be achievable in the next four years with Speaker Williams leading an empowered, progressive, streamlined City Council in City Hall.

"I want to build upon the gains of our current Speaker and continue to bring a brand of progressive government to our City that has so far enacted transformational change. Therefore, I am presenting the following proposals... as a conversation starter." said Williams of the plan.

For the city, Williams proposes a 'New Deal' for New York, a series of progressive policy proposals that support a positive progressive vision for the city.  The New Deal calls for expanded infrastructure investment to rebuild New York in a number of areas. It also places focus on empowering and preparing youth in city, expanding summer youth employment and apprenticeship programs, and offering free SAT Prep courses and tuition to CUNY community colleges.

Williams also advocates for further development and implementation of the Crisis Management System, a program championed by the Council Member, with proven results of making the city safer in targeted areas. Says Williams, "Our City needs to reconstruct communities in crisis, and a holistic cure is the only answer."

Additional proposals for City across all boroughs include a review of NYPD practices in encounters with the mentally ill, public transportation solutions such as implementing a Fair Fare Metrocard subsidization program, addressing the opioid epidemic, and combatting school overcrowding, among others.

For the Council, Williams outlines a number of reforms with broad support from the body. He advocates reforms in the process of bill drafting and introduction, promoting transparency and empowering individual members with newfound freedom. A number of committee reforms are proposed, including a reduction in overall number of committees to allow for greater focus on substantive issues and providing those committees with greater resources. Additionally, the Council would see its oversight role expanded. In order to ensure that an independent City Council can provide a strong check against the executive, and to enable members to more effectively serve their communities, Council Member Williams calls for a referendum vote to institute a three-term limit for Council Members. This measure would not impact Council Member Williams himself, who will begin serving his final term next year.

The plan also highlights some budget priorities, including the expansion of Participatory Budgeting, an initiative on which Council Member Williams has been a leading voice. As Council Member Williams would be the first black Speaker of the City Council, he recognizes the immediate need for diversity in city government, and calls for diversity of voices in leadership roles in the Council as well as creating a program to encourage women to enter governmental roles, a necessity as the body becomes even more overwhelmingly male.

Williams says that the plan has thus far seen overwhelmingly positive reception by his fellow Council Members, who will vote for the next Speaker in January of 2018. The plan, he says, is currently being supplemented and revised to most meaningfully address the concerns of the Council Members and the communities they serve. The plan can be read here.

EDITOR'S NOTE:
It did not take long for the new after term-limited City Council to come up with a scheme for a third term going from eight years in office to twelve years or more depending if there was a special election.

When term limits were instituted I called for a term limit of five two year terms. That would hold council members accountable every two years, and that way it would meet certain council members requests who said that they needed ten years in office to qualify for a pension.

This attempt by the current city council should not be allowed, as the voters saw it before when former Mayor Bloomberg changed the term limit law so he could have a third term. Enough is Enough. Make it five two year terms or leave it alone.