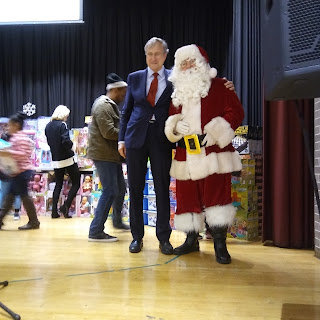 Councilman Ruben Diaz Sr. not only brought Santa to Soundview Tuesday afternoon to give toys away to local children, but also the person who helps sponsor the toy giveaway New York State Republican Party Chairman Ed Cox. This has become a annual event for Councilman Ruben Diaz Sr. going back to when he was in the State Senate where Diaz Sr. was one of the 'Four Amigos'. 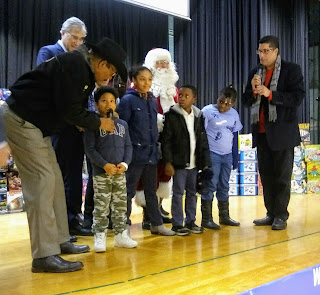 Above and Below - Four children were called up to the stage and asked questions about the history of Christmas. If the child answered the question correctly they received a crisp ten dollar bill from Councilman Diaz Sr. All four children answered their questions correctly. 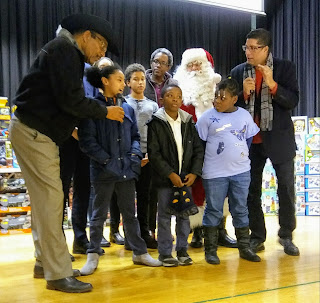 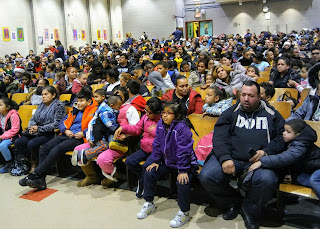 Above - The crowded auditorium at IS 133.
Below - Councilman Diaz Sr. brings up the first row of children to meet Santa, and choose their present. 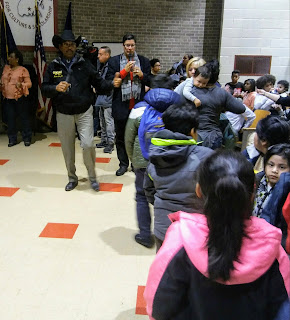 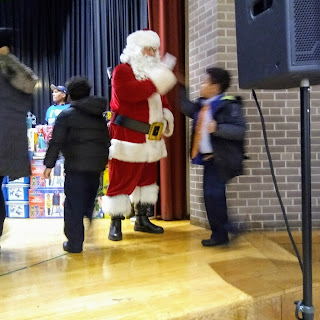 Above - Once on the stage the children get a greeting from Santa.
Below - Then one of Santa's helpers gets the toy for the child. 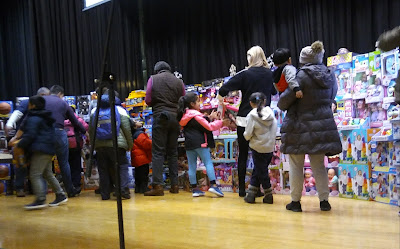