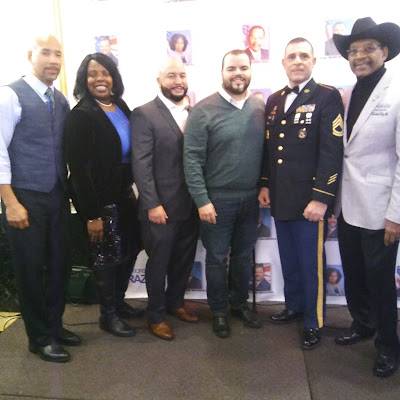 The Annual Diaz Christmas Party at Mastro's Friday night was a tremendous success, as the room was overflowing with happy holiday people celebrating with Team Diaz. Food was constantly being brought out, and the music played till midnight as people enjoyed themselves. 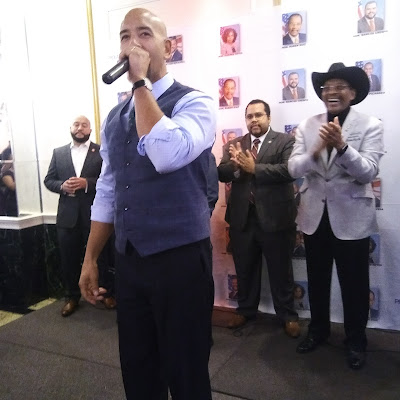 Above - Bronx Borough President Ruben Diaz Jr. welcomes the overflowing crowd as he wishes all who were in the house holiday greetings.
Below - People wanted their pictures taken with Team Diaz. 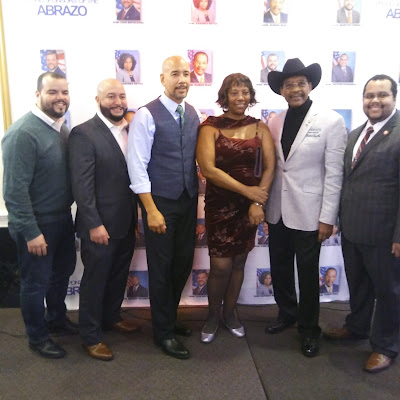 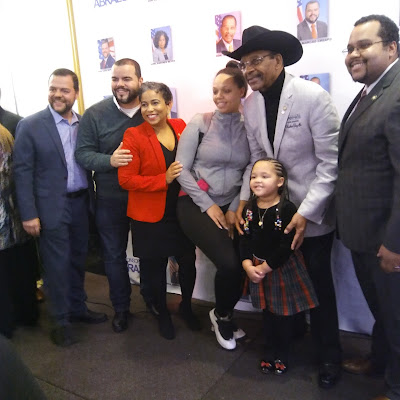 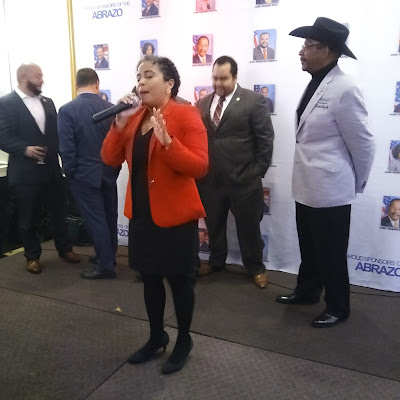