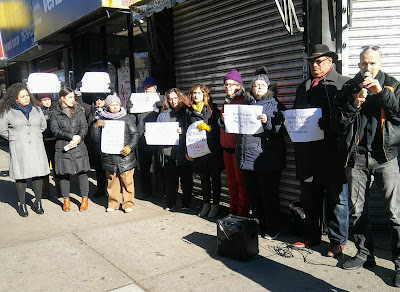 Standing on the corner of White Plains Road and Lydig Avenue residents of the area along with Assemblywoman Nathalia Fernandez and Senator Alessandra Biaggi called for more police protection after a woman was attacked on nearby Cruger Avenue. 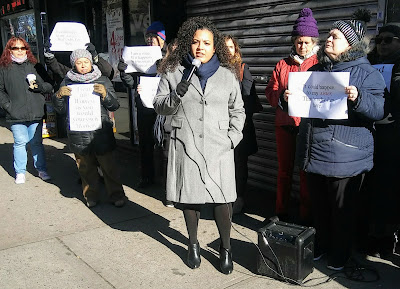 Above - Assemblywoman Nathalia Fernandez calls for more police protection after a woman was attacked in the area. Assemblywoman Fernandez who lives not to far from the attack said that women in my community should not have to walk in fear of being attacked.
Below - Newly elected State Senator Alessandra Biaggi reads from a prepared statement about the incident. 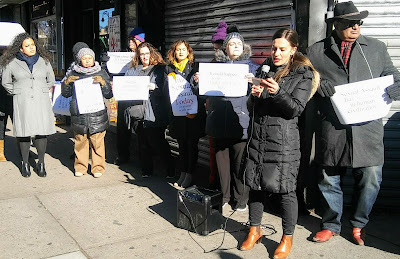 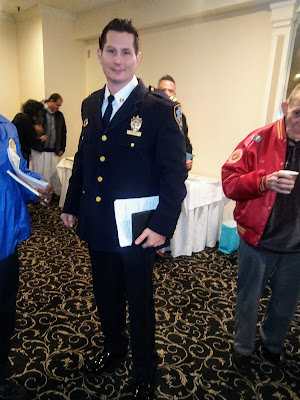 Captain Andrew Natiw (file photo) commanding officer of the 49th Precinct was at the scene, and told me that while the 49th precinct will be given six new officers in January there will be no net gain of officers since six officers have left the precinct. Captain Natiw added that there will be a few Argus Cameras installed in the area that are funded by Councilman Mark Gjonaj  sometime next year. He added that all Bronx precincts are doing the best jobs they can with the resources they have.

Email ThisBlogThis!Share to TwitterShare to FacebookShare to Pinterest
Labels: Fernandez - Biaggi Support the Community For More Police Protection After A Woman Was Attacked