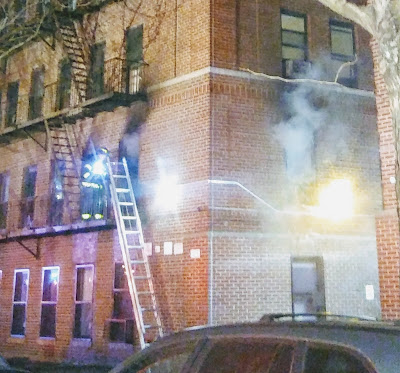 A five-alarm fire which was confined to only one first floor apartment at 2363 Southern Boulevard had two people in the second floor apartment above the fire go to the hospital for smoke inhalation. At Six P.M. Police from the 48th Precinct closed Southern Boulevard from Fordham Road for a six block stretch halting all traffic on the street as tower ladders were in place to allow firemen to quickly get on the roof of the six story building. The entire building did not have to be evacuated, only those apartments on the south side of the wrap around building where the fire was located, and the first floor across from the apartment where the fire of an unknown cause occurred. Fire engines from as far as Bailey Avenue were called to the scene and remained in place for over one hour until the fire was completely put out, and all adjoining sections as well as any crawl spaces were checked out to make sure the fire did not spread further than the one apartment which was demolished from the inside. 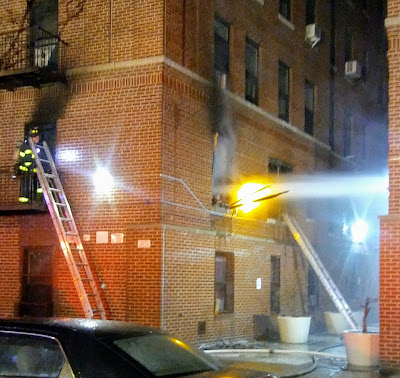 Above - Water spurts from the apartment on fire out this window to the other side of the building.
Below - Tower ladders were set up so firemen could quickly get to the roof, and to allow for hoses to be placed on the roof if necessary. 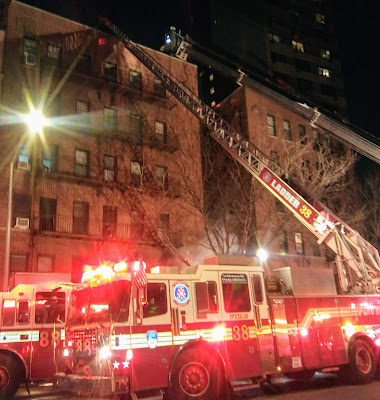 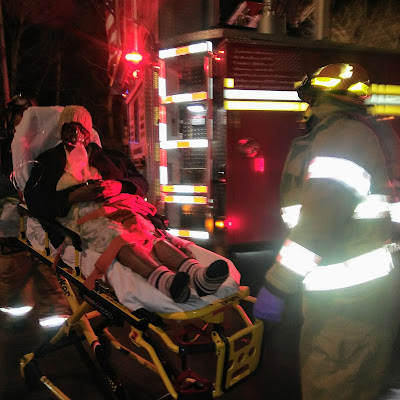 Above - One of the two people who were assisted out of the building by firemen was placed on a gurney to be loaded into an ambulance for transportation to the hospital.
Below - Only a few of the many emergency vehicles and workers who were on scene at 2363 Southern Boulevard. 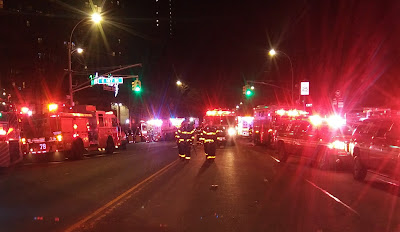 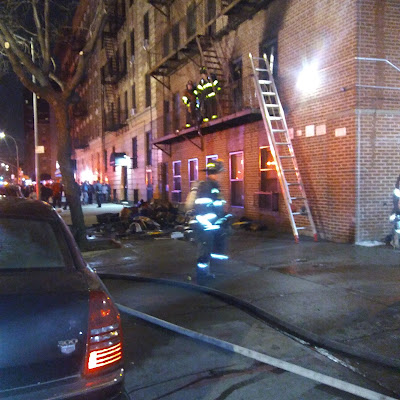 Above - As the fire was put out, all the belongings were thrown out of the apartment onto the sidewalk or courtyard to make sure that the fire would not start again.
Below - This bus became stuck between fire engines fighting the fire and more fire engines behind it that came to assist. The bus was turned into a temporary shelter while it waited for the fire to be put out and street reopened. 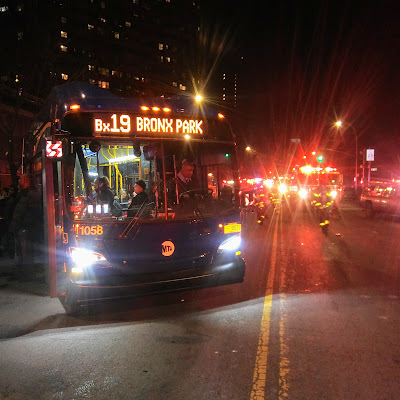