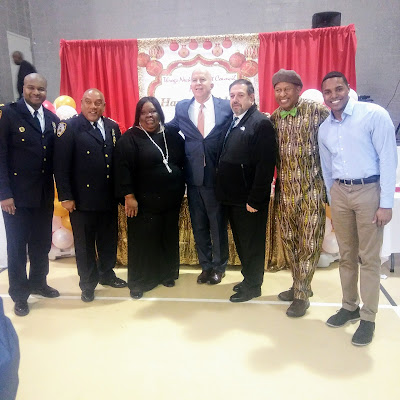 It was the Throggs Neck Houses Community Day where the residents and the police officers that protect them were able to celebrate the holidays together. A special guest arrived to help Tenant Leader Monique Johnson, as Police Commissioner James O'Neill came to show his support for the Housing Officers of PSA 7 and PSA 8, and the Explorer Programs at the 43rd, 45th, and 47th Precincts. 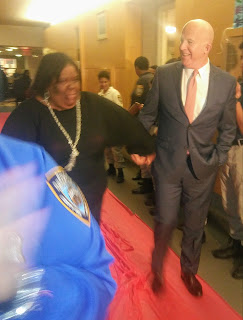 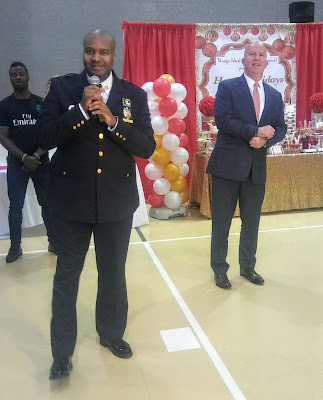 Above - Students enrolled in the NYPD Explorers Program from the 43rd, 45th, and 47th Precincts competed in a drill competition.
Below - Commissioner O'Neill with some of the Explorers. 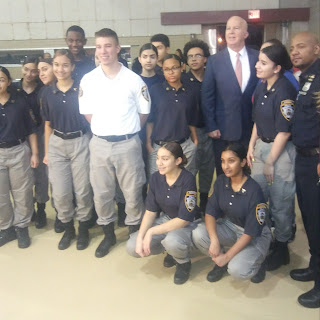 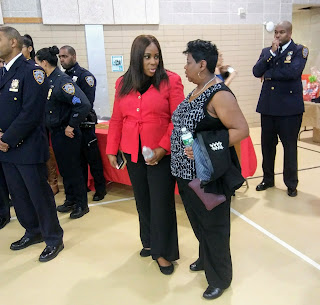 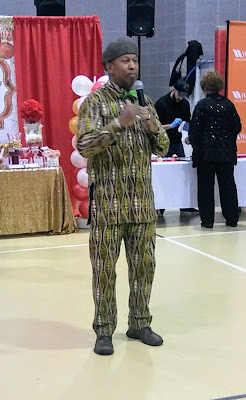 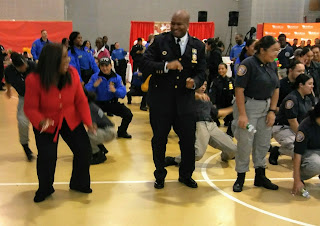 Above- Councilwoman Gibson and Captain Ramsey got down with the Explorers and police officers.
Below - Councilman Andy King showed off his moves with residents of the Throggs Neck Houses. 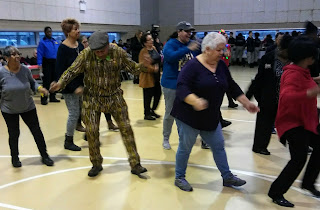 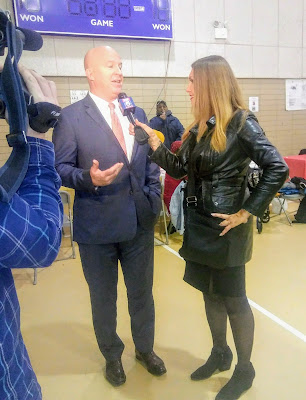 Above - Commissioner O'Neill was interviewed by Fox 5 reporter Lisa Evers.
Below - Assemblyman (and candidate for Public Advocate) Michael Blake with Captain Ramsey. 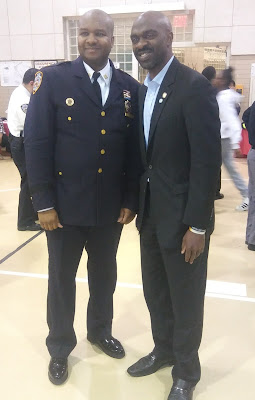 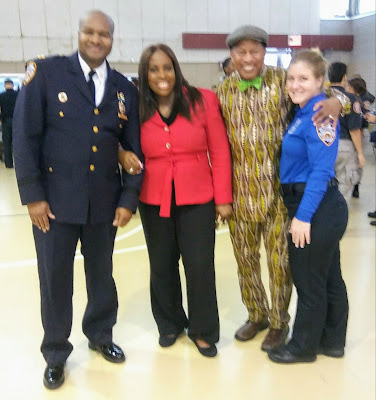 Councilwoman Gibson and Councilman King (both of whom are considered to be candidates in 2021 for Bronx Borough President) with PSA 8 Captain Ramsey, and PSA 8 Community Affairs officer Stephanie Batista-Fernandez.