Comptroller Stringer: Millions in Unclaimed Wages Available for Workers Cheated Out of Pay 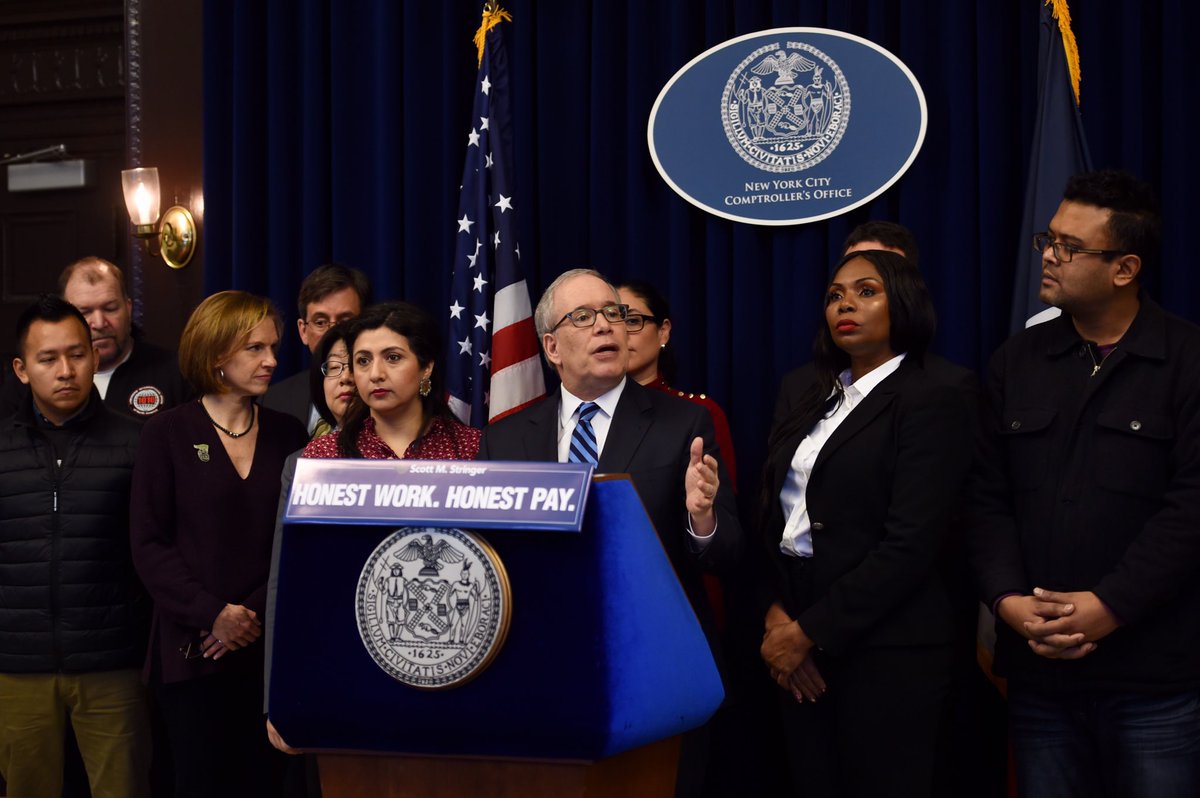 New York City Comptroller Scott M. Stringer launched a new campaign today to return over $2.5 million in unclaimed prevailing wage awards to workers cheated out of their pay by unscrupulous contractors on City-funded projects. The Comptroller’s Bureau of Labor Law enforces prevailing wage and benefit rates for construction and building service workers employed by contractors on City public work projects. When companies on these public contracts fail to pay the proper wages and benefits, the Comptroller enforces the law to ensure workers receive the money they are owed through outreach.
The letters notifying workers – many of whom are immigrants –  of their unclaimed awards are on the Comptroller’s letterhead, however anecdotal evidence indicates many are afraid to respond because they fear it is a scam or veiled immigration enforcement. The new campaign will conduct outreach to impacted workers through media outlets to provide reassurance to those with unclaimed prevailing wage awards.
“An honest day’s work deserves an honest day’s pay, and my office has zero tolerance for predatory contractors who steal wages from their workers,” said Comptroller Stringer. “The hateful, anti-immigrant rhetoric coming out of Washington has created a climate of fear, leaving employees too afraid to hold employers accountable when they withhold their pay. While we can’t control the White House, we can fight to protect workers here in New York City. This campaign is our way of making sure that regardless of who you are or your immigration status, if you did the work for a City contractor, you’ll get the pay you deserve.”
Since 2014, Comptroller Stringer’s office has assessed more than $27 million in prevailing wage violations and paid over $12 million to employees who were cheated out of their wages. It has also debarred 50 contractors who took advantage of workers – setting an office record.
Posted by 100PercentBronx at 3:32 PM

Email ThisBlogThis!Share to TwitterShare to FacebookShare to Pinterest
Labels: Comptroller Stringer: Millions in Unclaimed Wages Available for Workers Cheated Out of Pay