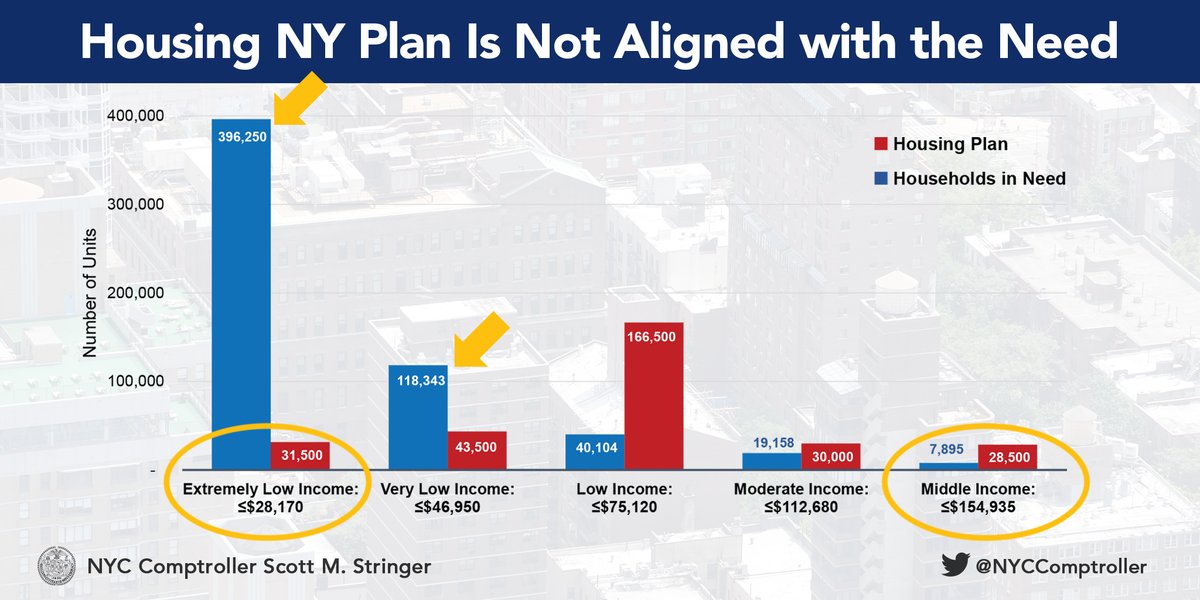 “Homeless shelters are bursting at the seams, families are forced into the streets and far too many people struggle with how to pay rent and buy food for their kids because of New York’s affordable housing crisis.
“While Mayor de Blasio deserves credit for announcing incremental progress towards building housing for the lowest income New Yorkers, we need bigger, bolder, and quicker action for those who are already at a breaking point when it comes to housing affordability.
“I urge the Mayor to realign the City’s housing plan to focus on the 400,000 New York City households who make less than $28,170 a year and to set aside 15% of new units for homeless families. Imagine the gains we could make if our affordable housing plan were focused on the households in the greatest need. We can no longer build affordable housing that is unaffordable for those who need it the most.”
To read our plan to build for those in the greatest need and a way to pay for it by reforming how we tax home purchases, click --- Comptroller Stringer Proposes Fundamental Realignment of the City Housing Plan to Address New Yorkers Most in Need NOVEMBER 28, 2018