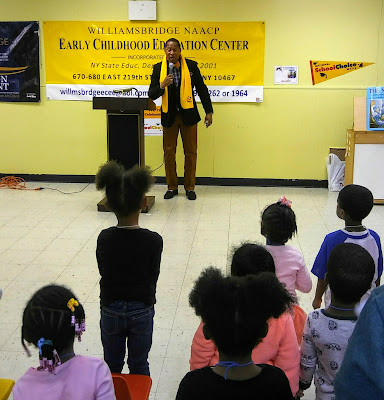 Started in 2011, NSCW has grown into the world’s largest celebration of opportunity in education. The Week is a nonpartisan, nonpolitical public awareness effort. We welcome all Americans to get involved and to have their voices heard! 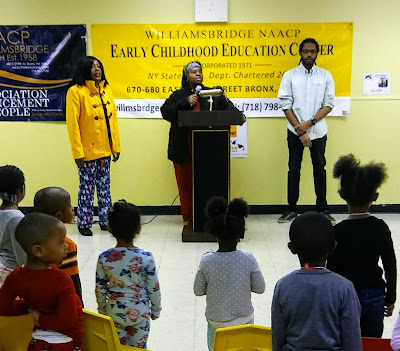 Above - The program opened with the Pledge of Allegiance, the singing of the Star Spangled Banner, and the Negro National Anthem 'Lift Every Voice and Sing'.
Below - It helps to have a 'Yo-Yo' Wizard on your staff to keep the attention of little children, as Councilman King staffer Brian Melford is doing with his Yo-Yo tricks. 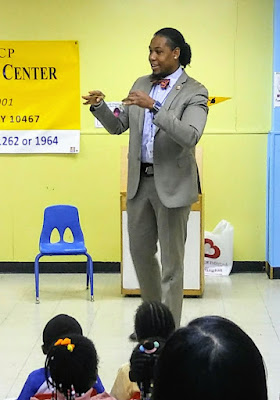 Above - Councilman King presents a City Council proclamation to the Executive Director of the Williamsbridge NAACP Early Childhood Education Center, Ms. Cheryl Dewitt on the excellence of the Early Childhood Center.
Below - The day was also the birthday of Ms. Dewitt, and Councilman King also provided a bouquet of flowers to her. 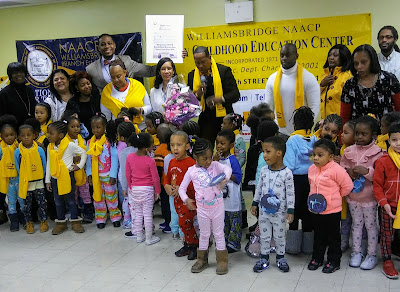