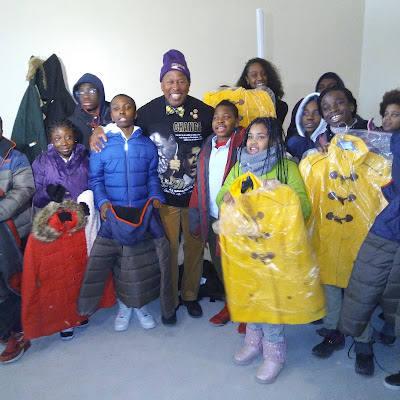 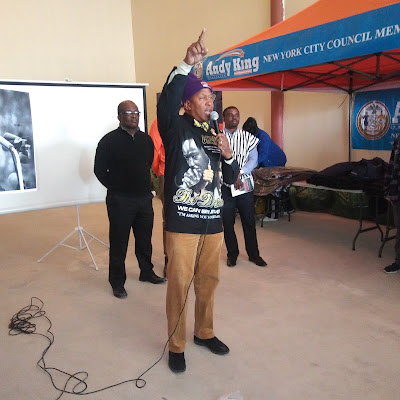 Above - Councilman Andy King talks to the large crowd in his future office about the upcoming Martin Luther King holiday, and what Dr. Martin Luther King (who had the same last name as the Councilman) meant to the councilman. He also mentioned the similarities in that both he and Dr. King came from the same area in the south, had a relative with the same name, and both are seeking the same thing, equality for all. Councilman King spoke about the United States constitution, and the various changes to the 3/5th amendment.
Below - The huge crowd that came out for Councilman King and Macy's free coat giveaway. 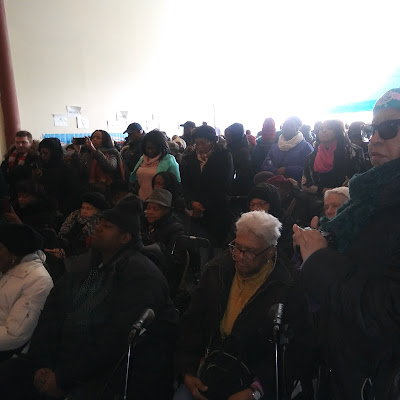 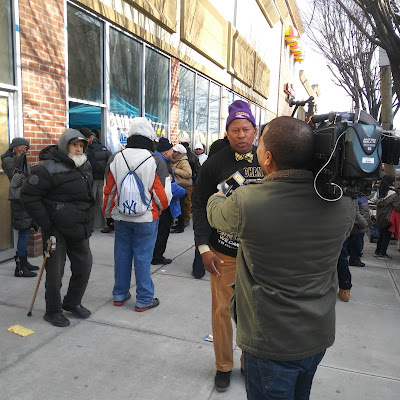 Councilman Andy King being interviewed about his coat giveaway. He said it is only part of his job, and his aim to help the people who elected him to represent them.