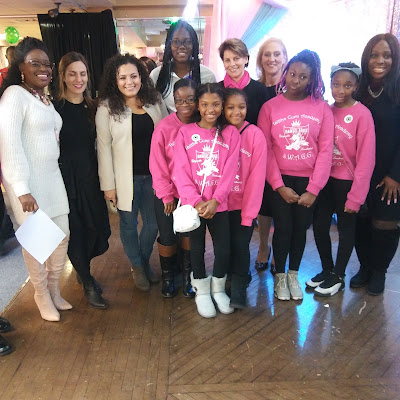 It happened after the Women's March NYC in Manhattan at the Sanz on Allerton Avenue. Elected officials joined with the girls from the Talitha Cumi Academy for hours more of entertainment and flowers for all the women and girls courtesy of Councilman Mark Gjonaj the lone male elected official in attendance. Bronx District Attorney Darcel Clark, Councilwoman Vanessa Gibson, State Senator Alessandra Biaggi, Assembly members Nathalia Fernandez and Karines Reyes, along with Civil Court Judge Naita Semaj were on hand to speak about their experiences as elected officials, with Bronx DA Clark saying that she is running for re-election. District Attorney's are prohibited from talking about politics unless it is the year they are up for re-election.

Tables were set up with various information, entertainment was provided in between events that were going on, and the hours went by as if they were only minutes. Below are more photos. 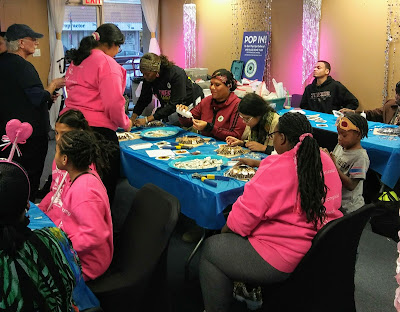 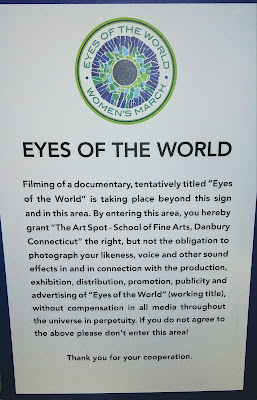 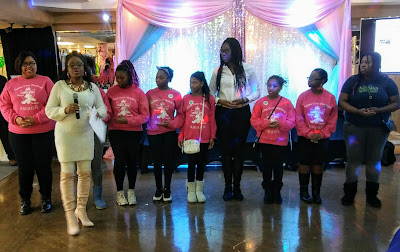 Above - This Women's March event was presented with the help of Lady Pamela Damen and the girls of the Talitha Cumi Academy and the Sanz where the event took place.
Below - After speaking Councilwoman Vanessa Gibson introduces Bronx District Attorney Darcel Clark. 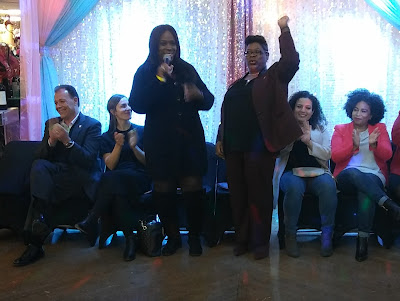 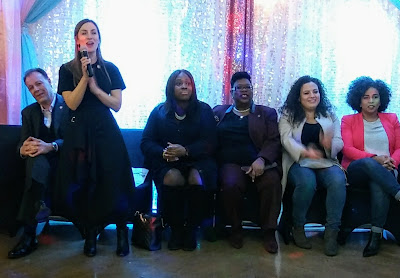 Above - State Senator Alessandra Biaggi spoke about her first week in Albany, and being new to the State Senate with a lot of work to do.
Below - Assemblywoman Nathalia Fernandez spoke of the pleasure that this event was being held in her district, and the many things she also wishes to accomplish in the New York Assembly. Assemblywoman Karines Reyes (sitting behind Assemblywoman Fernandez) also spoke about her work as a nurse, and what she hopes to do as a legislator. 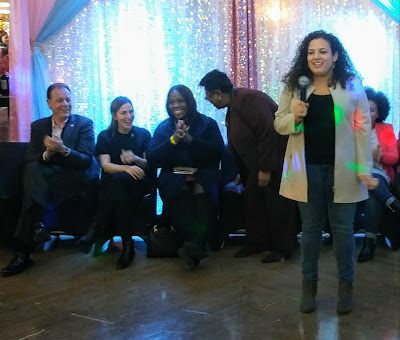 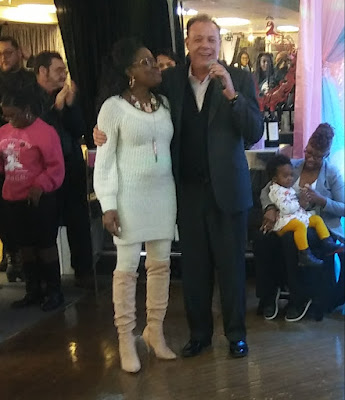 Above - Councilman Mark Gjonaj stands with Lady Pamela Damen as he talks about the Women's event. He brought roses for all the women to take home. Judge Naita Semaj holds her young daughter in the lower right of the photo.
Below - Part of the large crowd to enjoy the event. 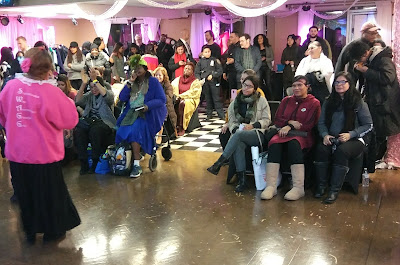 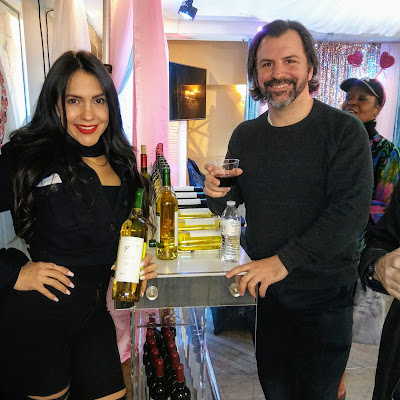 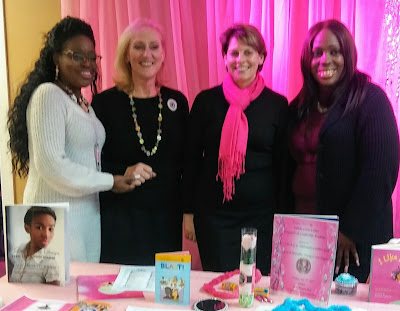