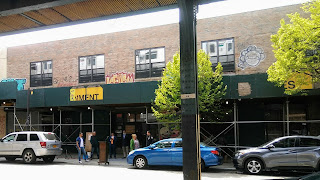 Located in a former garage at 2008 Westchester Avenue City Councilman Ruben Diaz Sr. held a pre demonstration that brought out over 100 people to protest a proposed adult men's shelter. Samaritan Village will be in charge of the 165 bed adult men's shelter which Councilman Diaz Sr. says does not belong within walking distance of two schools and across the street from a public library. Councilman Diaz Sr. says that he would rather see a family shelter for the community rather than an adult men's shelter. A full community protest where it is expected that over 500 people will show up is scheduled for Monday April 29th at 6 PM.

87th Male District Leader John Perez who was once homeless after serving his country in the Army agreed that the site is better suited as a family shelter than an adult male shelter. He said that while he was homeless that he went to Samaritan Village for help, but since Mr. Perez was not a drug addict or had a criminal record Samaritan Village would not help him.

It seems that while construction is under way to convert the once garage into an adult men's shelter run by Samaritan Village, there has been no public meeting as required New York state law. Normally this meeting is with the local community board, but there seems to have been a private meeting on March 15th between Samaritan Village and the District Manager of Community Board 9.

Upon checking with Community Board 9, The minutes of the April 2nd Social Services Committee shows in the DM Report there will be notes from the 2008 Westchester Avenue shelter meeting that happened on March 15th.

Other items include a Town Hall meeting on April 12th at St. Helena's Church, with DHS in attendance. Samaritan Village will do a presentation at the May 7th Social Services Committee meeting. DHS will be coming to the April General Board meeting, and that CB 9 will have nime shelters when 2008 Westchester Avenue opened. 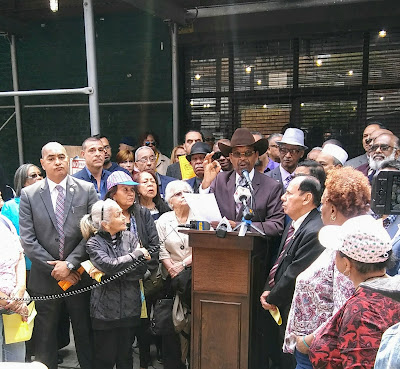 Above - City Councilman Ruben Diaz Sr, reads from a Department of Homeless paper with facts of the number of homeless people in the Bronx.
Below - 87th Assembly District Leader John Perez says that Samaritan Village (who will run the proposed adult men's shelter) that while he was homeless he went to Samaritan Village for help. He was told that he had to be either a drug addict or have a criminal background in order for Samaritan Village to be able to help him. Mr. Perez had neither. 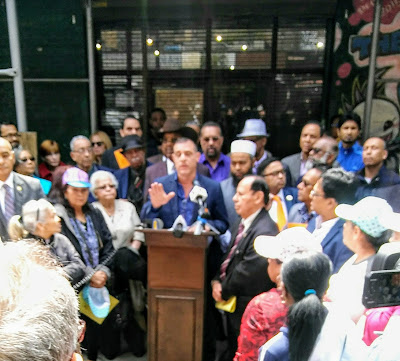