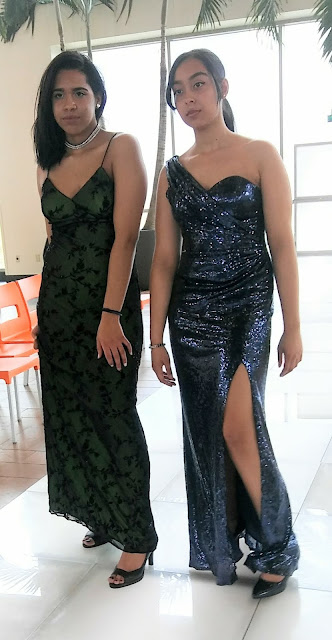 Prom Dresses can cost hundreds of dollars, but Saturday at the Mall at Bay Plaza over one-hundred donated prom dresses were being given away free to high school girls to wear to their prom. Jasmine Moya and Gia Velez students from Alfred E. Smith High School model the prom dresses they chose to wear to their high school prom. It was as if these two prom dresses were custom made for the two high school girls. Project Dream allowed girls to try on up to three different dresses before they chose which one they wanted, and yes there were shoes to match the dresses that were included in the deal. 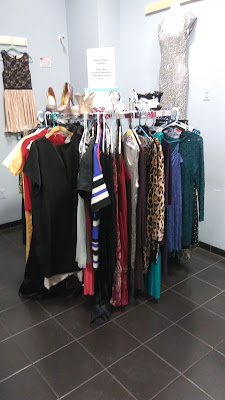 Above and Below - Just two of the racks of prom dresses that were being given away free to local high school girls to wear to their prom, and yes matching shoes were also on the clothing racks above the dresses. 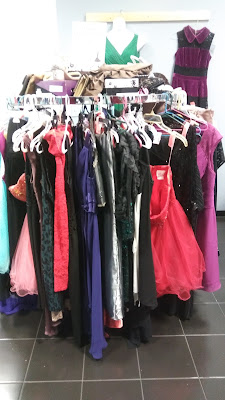 There was a Pop Up Fashion Show with models wearing clothes from Stores in the Mall at Bay Plaza  such as H & M and Macy's.

Above - Ms. Caridad De La Luz was the hostess of the Pop Up Fashion Show.
Below - The Fashion show began. 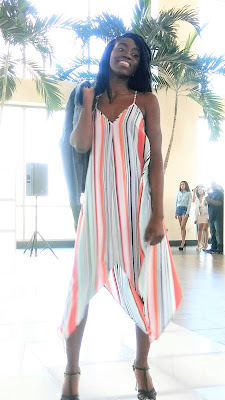 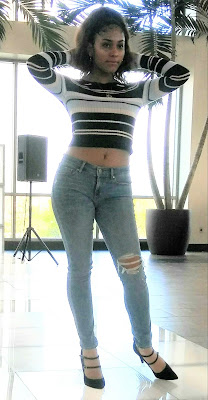 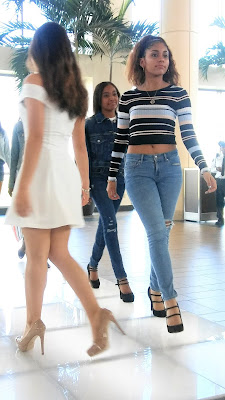 Email ThisBlogThis!Share to TwitterShare to FacebookShare to Pinterest
Labels: Project Dream - Prom Dress Giveaway at The Mall at Bay Plaza