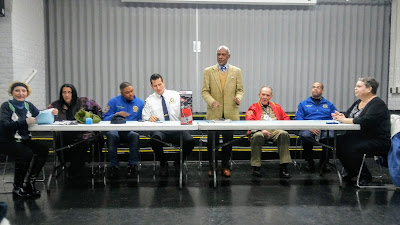 There was some excitement expected at the 49th Precinct meeting since the night before at the Community Board 11 full board meeting there was no one in attendance from the 49th precinct. Captain Andrew Natiw was asked by a CB 11 board member why, and he responded that he was sorry no one from the precinct was in attendance.

The Police Officer of the month in the 49th Precinct was awarded to P.O. Rossiely Guzman.

Neighborhood reports were then given, most with repeat complaints of noise, loitering, homeless, or specific instances which were talked about after the meeting. The lack of a police presence on the street was the most common complaint by most neighborhood leaders. Captain Natiw explained that he can deploy his officers in a certain area, but that another area may then experience those or different problems. He sid he will continue to try to do the best job possible with the resources he has. He also said that certain laws by the city council do not allow police officers to do what was done in the past. 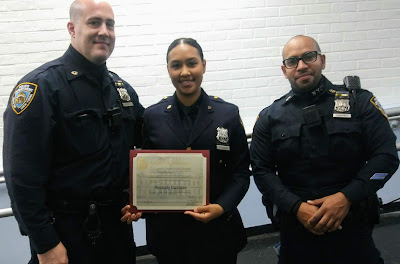 Above - Police officer Rossiely Guzman with her certificate naming her Cop of the Month at the 49th Precinct.
Below - Captain Natiw answers questions from representatives of the neighborhood community organizations. 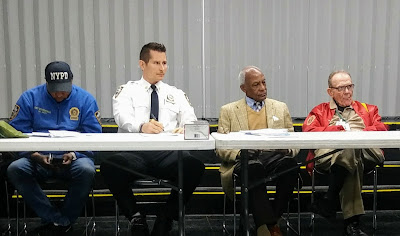