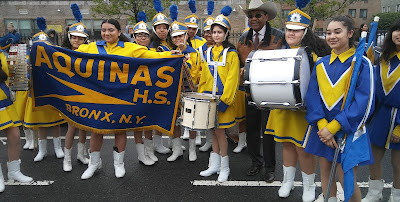 The Annual Castle Hill Little League Parade from Castle Hill and Lafayette Avenues to the ball field on Zerega Avenue took place Saturday. Councilman Ruben Diaz Sr. was a prime sponsor of the parade and league itself. As the teams lined up to march many took their photo with Councilman Diaz Sr. as you see above with the Aquinas High School marching band, and below. The estimate of marchers by the 43rd Precinct was close to five-hundred people who marched up Castle Hill Avenue turning right on Newbold Avenue to Zerega Avenue where the field is located. There was a police escort to the field where Bronx Borough President threw out the first pitch of the day. Below are photos of the parade, and ceremony at the field. 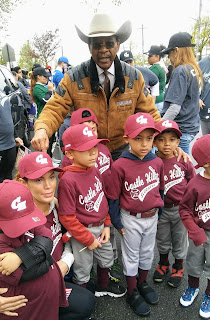 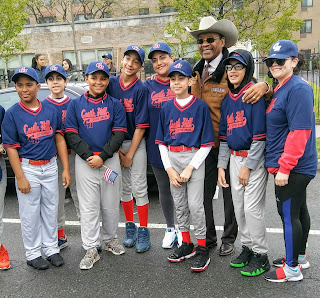 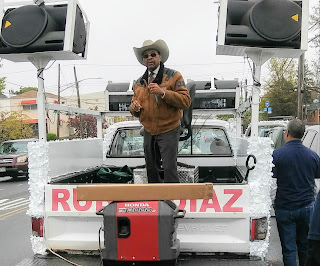 Councilman Diaz Sr. led the parade that was given a police escort to the stadium. The parade stretched as long as three blocks, and crossed over the Bruckner and Cross Bronx Expressways in route to the ballfield. 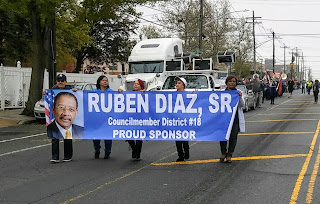 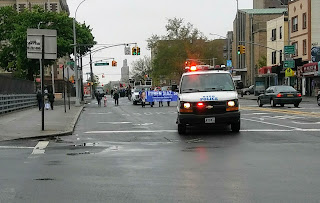 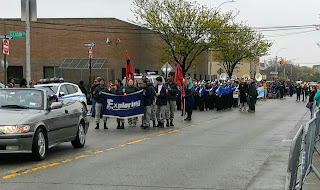 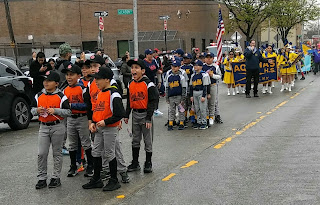 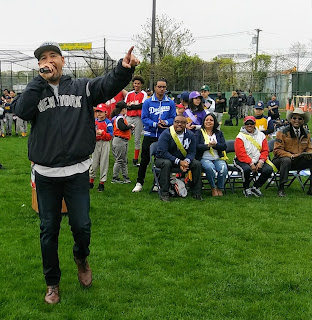 Bronx Borough President Ruben Diaz Jr. speaks about his little league days pointing to how far he could hit the ball. 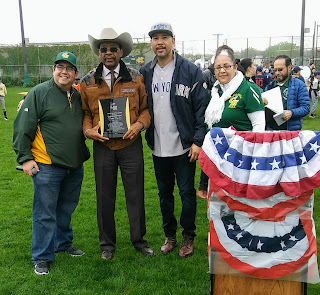 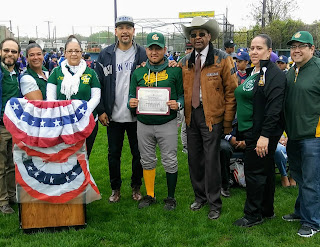 Above - Some on the field activities.
Below - A little father son game of catch. 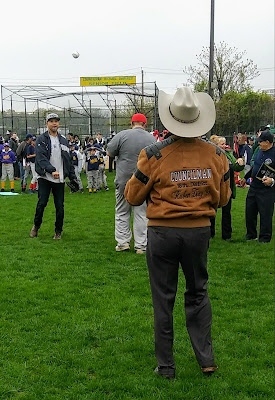 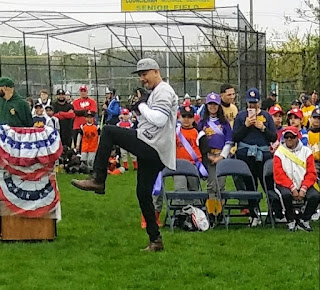 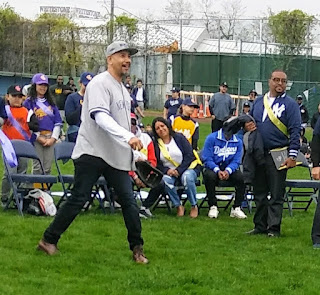