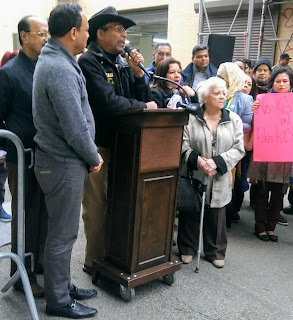 A teacher from the Pre-K right across the street from the proposed adult men's shelter wanted to know how this was being done right across the street from a Pre-K.  A mother of three children also wanted to know how her children would be safe walking to and from the school they attend. Her children would be walking right in front of the proposed adult men's shelter. 8 year old Shanique Oemrawsing said that she would be afraid to go to the library if the planned men's shelter was built. She added that she would be afraid to walk on the street.

Parkchester District Leader John Perez told of the story he had when after serving twenty years in the Army he found himself homeless. He said he went to Samaritan Village for a place to stay, but was told unless he was a drug addict or had a criminal background Samaritan Village could not help him.

According to Community Board 9 District Manager William Rivera in the next two years twenty-nine such family cluster sites in CB 9 are slated to be closed. He could not understand if family shelters are being closed why would a men's shelter be opened. 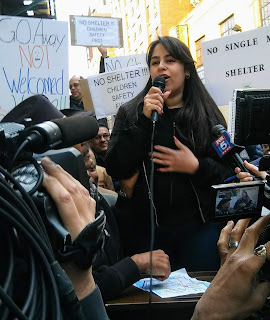 Above - A mother of three small children worries that her children will have to pass a men's shelter on their way to school.
Below -  8 year old Shanique Oemrawsing talks about being afraid to go to the library across from a new men's shelter. 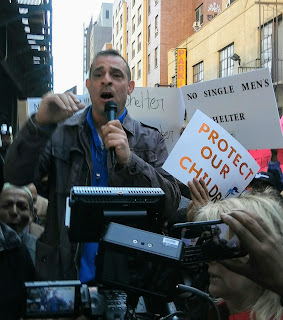 Above - District Leader John Perez talking about who Samaritan Village places in its shelters.
Below - Community Board 9 District Manager William Rivera states that as the cluster sites in the community board close shelters must open to replace them. 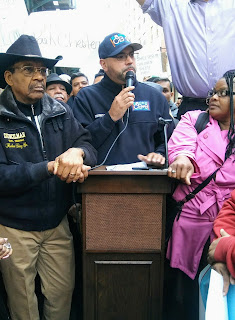 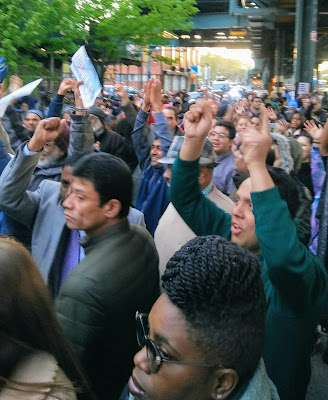 The crowd at this demonstration was estimated to be close to 500 people by the 43rd precinct which had several police officers on hand for crowd control and safety of the demonstrators.