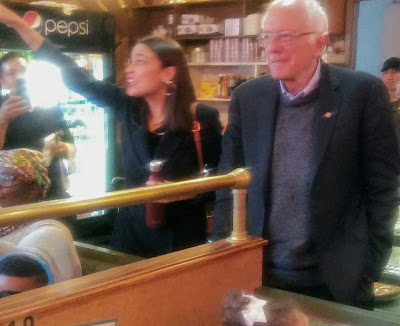 Congresswoman Alexandria Ocasio-Cortez points to where she lives, across the street from the diner she frequents, and where she and Bernie Sanders are.

The diner was packed with AOC and Bernie Sanders supporters to "Feel the Bern", and listen to Presidential candidate Sanders. After the speech it was time to try to get a selfie with Berine as he went around the room. AOC and Bernie then went on to their next stop. 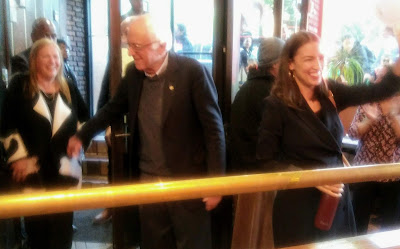 Above - AOC brings Bernie Sanders and his wife Pat into Ellie's Diner at the Metropolitan Oval in the heart of Parkchester.
Below - Bernie gets ready to address the crowd inside the diner. 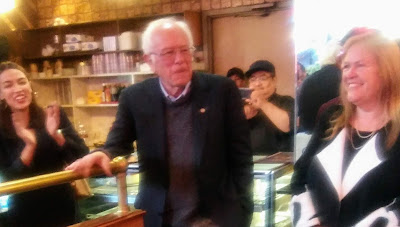 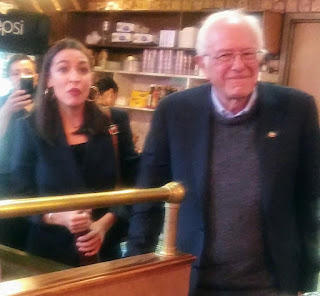 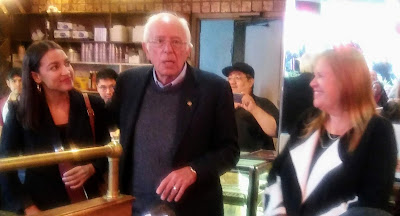 Below - After his speech Bernie went around the room speaking personally to his supporters, and taking photos with many so they could "Remember the Bern". 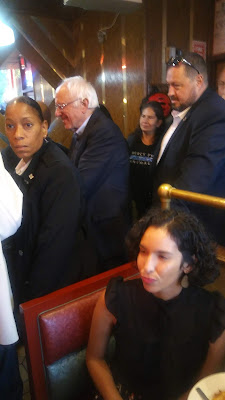 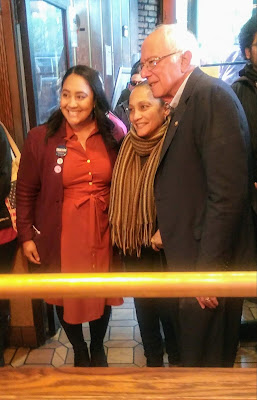 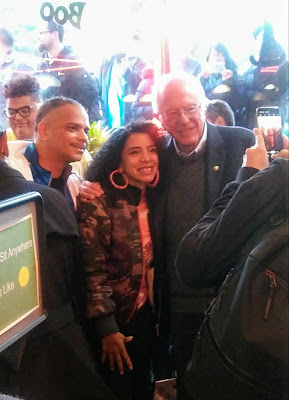