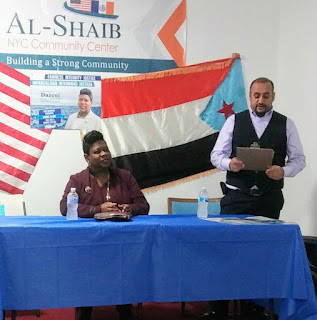 Al Shaib President Yaseen Shaibi tells of some of the accomplishments of guest Bronx District Attorney Darcel Clark at the monthly community meeting. DA Clark would then get up to speak about her first term as Bronx DA, and what lies ahead for her next term. DA Clark is running on the Democratic Party line with no opposition. 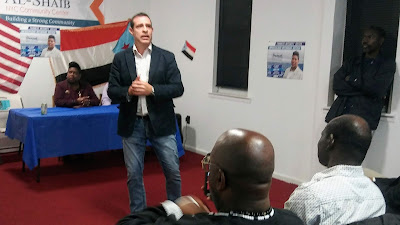 Above - District Leader John Perez a regular at the community meetings gives some insight as to what is going on in the area.
Below - Shiek Musa gives an overview of the job of Bronx District Attorney. 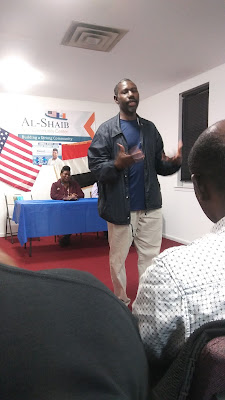 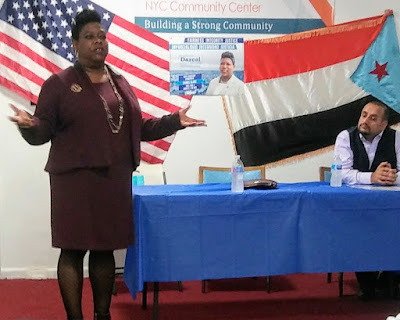 Above - Bronx District Attorney Clark took questions, here answering a question about the new no cash bail law recently passed in Albany, When questioned about repeat offenders, she said that she did not write the new laws, but has to be guided by said new criminal laws,
Below - A group photo with DA Clark. 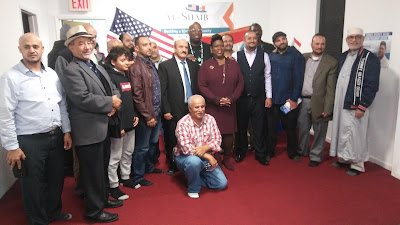