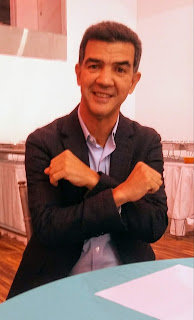 Giving the Bronx 'X' Manhattan Councilman Ydanis Rodriguez held a Bronx kickoff to his campaign for Bronx Congressional District 15 currently occupied by Congressman Jose Serrano who has made it known that he is ending his long career in congress. Councilman Rodriguez joins two other current City Council members Ruben Diaz Sr. and Ritchie Torres and former City Council Speaker Mellisa Mark-Viverito. Also in the race is Assemblyman Michael Blake and a number of first timers.

At Sunday's event attended by over seventy-five people, it seemed to be more of a meet and greet for Rodriguez. While he ran for Public Advocate in the recent special election, he is trying to capitalize on his number of votes. However the main supporter of Councilman Rodriguez in the special election is running against him in the 15th Congressional Democratic Primary.

Candidate for Congress Rodriguez is using much of his strategy from the Public Advocate race that being he is the only immigrant in the race in a district loaded with immigrants. Former 15th City Council candidate Joel Rivera  who lost to Ritchie Torres sees another battle with Torres, but as a campaign manger not a candidate. There seems to be a connection to Congressman Adriano Espaillat, as Councilman Rodriguez announced his candidacy after State Senator Gustavo Rivera dropped out of the congressional race. Both Rivera and Rodriguez have ties to Espaillat. 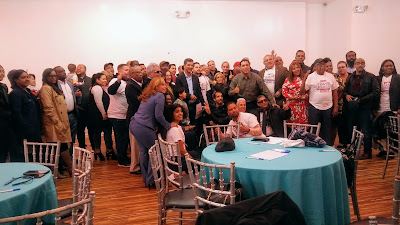 A photo of those on hand Sunday at the Grand Slam Catering Hall located on East Tremont Avenue.