Monday. Five-Hundred boxes of groceries from Fresh Direct were dropped off at the Castle Hill Houses to be given away to the residents. Councilman and candidate for the 15th Congressional District Ruben Diaz, and 87th A.D. District Leader and 32nd State Senate candidate John Perez were joined by Bronx Borough President Ruben Diaz Jr. in this food and mask giveaway. The line extended up Castle hill Avenue and around the corner as there were just enough boxes of groceries to give to everyone who was on line.

People were happy to see Bronx Borough President Ruben Diaz Jr., Councilman Ruben Diaz and State Senate candidate John 'Sergeant' Perez, along with many of the area's community leaders including Roxanne Reid the Tenant Leader of the Castle Hill Houses. 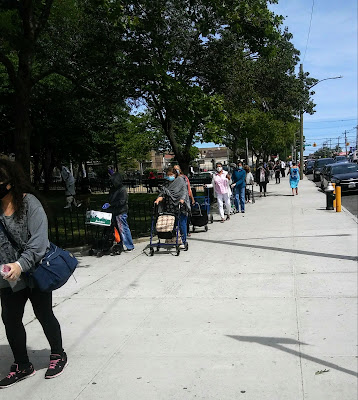 Above - The line went up Castle Hill Avenue and around the corner.
Below - Boxes were placed on tables to be given out, but they had to be brought over as we see State Senate candidate John Perez doing. 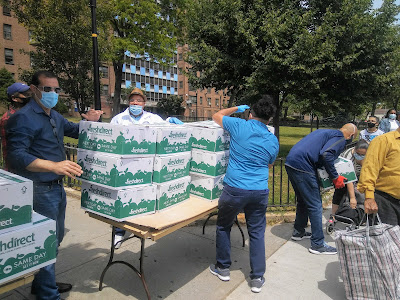 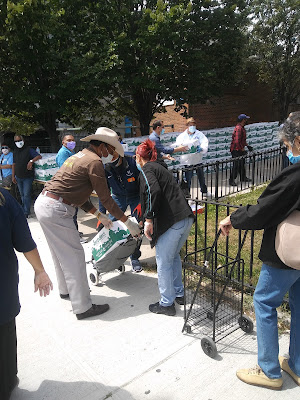 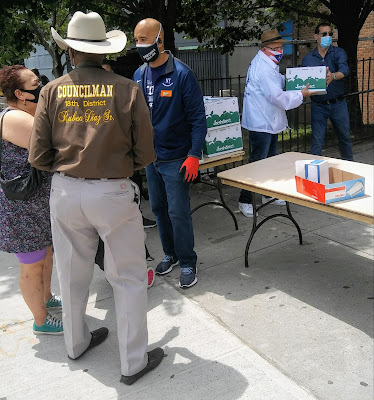 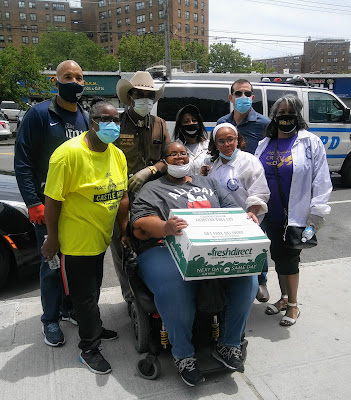