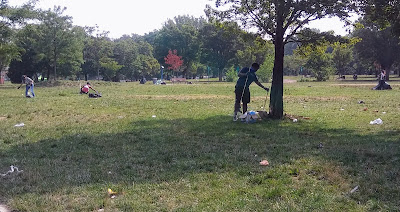 Monday Bronx Borough President Ruben Diaz Jr. hosted a park clean up to kick off his new #MeaningfulMonday community service initiative at Soundview Park in The Bronx. Each Monday a different Bronx park will be chosen for a #MeaningfulMonday clean up.

Borough President Diaz is partnered with the New York City Parks Department and the Friends of Soundview Park. 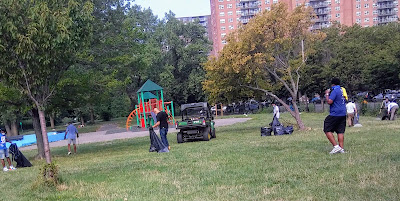 Above - It takes a group of volunteers to clean up this area of Soundview Park. One person in the distance looks very familiar.
Below - You can tell by the shirt he is wearing that it is Bronx Borough President Ruben Diaz Jr. who is picking up the trash in Soundview Park, a park he is so proud to have gotten over six million dollars in improvements while he was a member of the assembly. 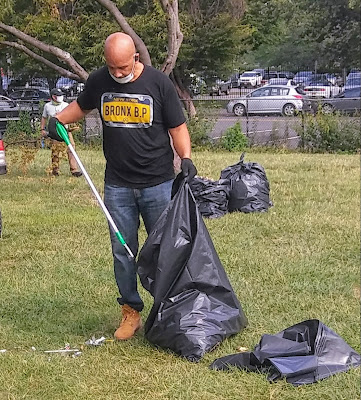