What is the Bronx Board of Elections Hiding? Part 3 - Where Did the Affidavit Ballots Go?

Friday started the 87th Assembly District, and on Monday the long awaited last 79th A.D. Absentee ballot opening begins. It appears at the start of the opening of the Absentee ballots there was a ruckus by one of the 15th Congressional candidates who has well under one percent of the votes, and no chance of winning. The Bronx Board of Elections has opened the election law book (leaving a copy at the sign in table) to a little used section which says that candidates can not be seated at the tables where the ballots are being opened up, and must be seated behind the so-called media barrier.

With all the talk of all the Absentee Ballots I didn't hear the other type of ballot that has to be counted after all the Absentee ballots are counted. That ballot being the Affidavit ballots that people whose name was not in the electronic poll book, or who voted at one of the early voting sites that was not their designated early voting site used. I know this number has to also be much larger than normal since the sign in process was different this year, people went to the wrong poll site, and I found that Election Districts that did not get their official ballots until mid-day if they got them at all, where the coordinators were told to use Affidavit ballots instead.

As for the 79th Assembly District Absentee ballots, and official Primary Day ballots they contained the names of people who were not suppose to be there. The same was true for the Male District Leader in the 87th A.D. These three district leader positions are now in question, because there were names on the ballot who should not have been, and because of that the election was altered in such a way that a candidate other than the winner may have won, had the ballot been correct. 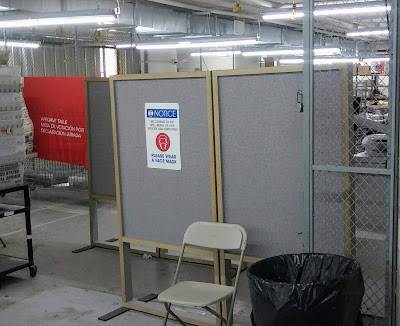 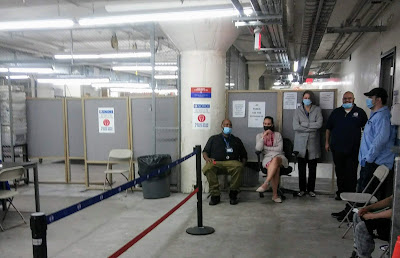 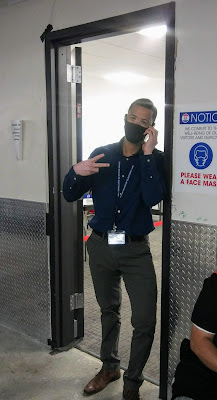 Above - One Bronx Board of Elections employee stands in front of me so I can not take any photos of the room where the Absentee ballots are being scanned.
Below - When he stepped away, I got this photo of the ballot scanning machine, and ballots sitting on the table that were scanned.. 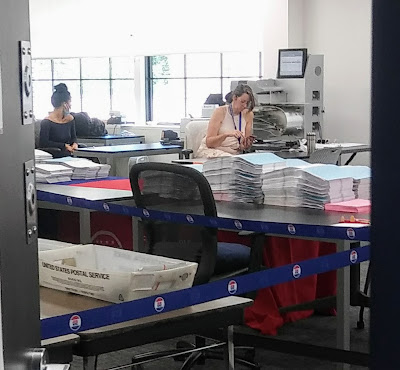 Email ThisBlogThis!Share to TwitterShare to FacebookShare to Pinterest
Labels: What is the Bronx Board of Elections Hiding? Part 3 - Where Did the Affidavit Ballots Go?