Over 100 people marched from the street where the 50th Precinct is (West 236th Street), up Broadway to Van Cortlandt Park where there was a Pro Police rally. The event was organized by former police officer/congressional candidate Sammy Ravelo.

At Van Cortlandt Park a platform was set up where Mr. Ravelo and others gave speeches about the lack of respect police officers face from not only the public, but most of the elected officials. PBA President Pat Lynch said that Mayor de Blasio, Public Advocate Williams, and City Council Speaker Johnson are hampering effective police work. Lynch also said 'Enough is Enough' calling for the mayor and city council speaker to admit they made a mistake when it comes to the NYPD. Riverdale Rabbi Levi Shemtov said that all lives matter, and it is the police officers who do not get the respect they deserve for keeping the city safe. 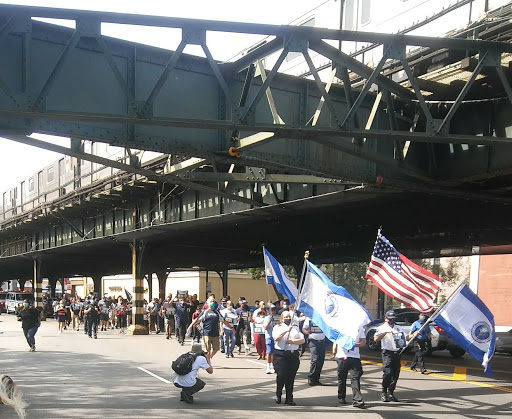 Above - The rally goers march north on Broadway to Van Cortlandt Park.

Below - The stage that was set up in Van Cortlandt Park in the field area, with Mr. Ravelo welcoming everyone. 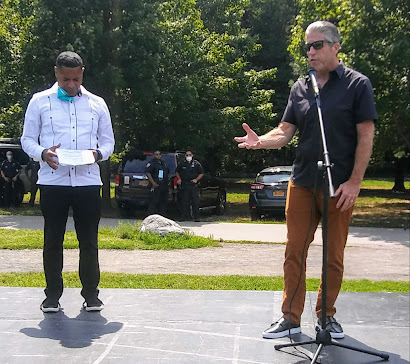 Above - PBA President Pat Lynch pulled no punches during his speech saying that his union and other police unions would be seeking their own candidates for the upcoming city council elections.

Below - Riverdale Rabbi Levi Shemtov had only words of praise for the men in blue, and those in the 50th Precinct who cover the area. 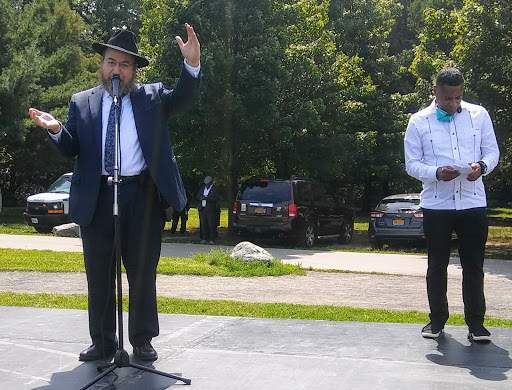 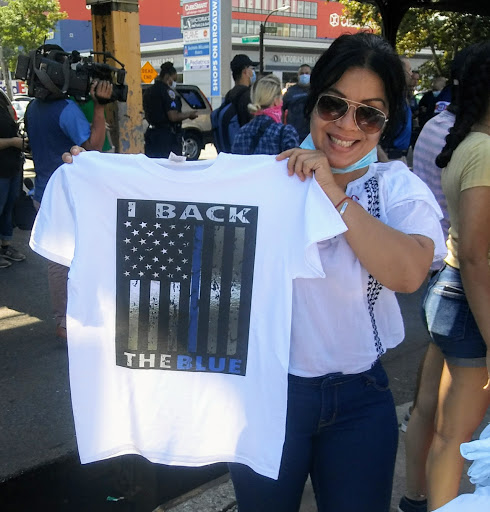 A tee-shirt that was available with 'I Back the Blue' on it.
Posted by 100PercentBronx at 6:55 AM