However this is 2020, it took the Board of Elections over six weeks to count all the paper ballots, Tropical Storm Isaias hit the Bronx last week with many people losing power for several days, and the mayor declared that public schools will be open only to a Hybrid type of learning, with many parents choosing not to send their children to school at all. So what might happen in the General Election where people will either be choosing a new president or sending the current president back to Washington D.C. for another four years.

Nominated for Justices of the Supreme Court in the 12 District were current Civil Court Judge Kim Adair Wilson, current Councilman Andrew Cohen, and Civil Court Judge Bianka Perez. All three Democratic candidates are expected to win their races, but this is 2020. 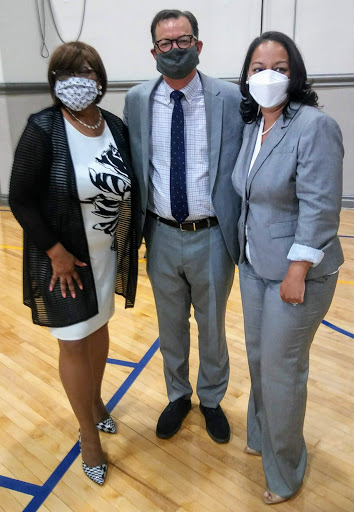 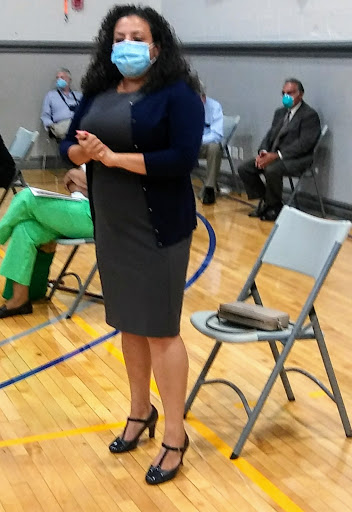 Above - Assemblywoman Nathalia Fernandez nominates Councilman Andrew Cohen to the bench, speaking about the influence the councilman has had on her political career.

Below - Female District Leader from the 86th A.D. Yuldeka Tapia nominates her friend Bianka Perez (in gray) to the bench as nominee Kim Adair Wilson looks on.. 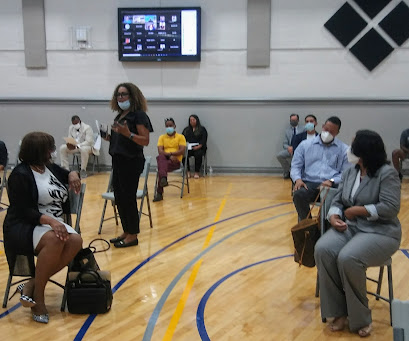