There were boxes and bags of assorted foods to give away to the long line of people waiting for more than a block from Councilman Mark Gjonaj's office Tuesday. To add to the food giveaway Ms. Lilyanna Pekic of the councilman's office was giving out face masks and a free admission ticket to the Bronx Botanical Gardens to those who wanted one as they waited on line.

Once it was time to give out the boxes and bags of food they went quickly. Some people were even trying to take more than one, but Ms. Pekic had a sharp eye to say that it was only one bag or box of food per family. That was because of the very long line as the bags and boxes ran out sooner than expected, but I was told that more people came this week than there were the week before. 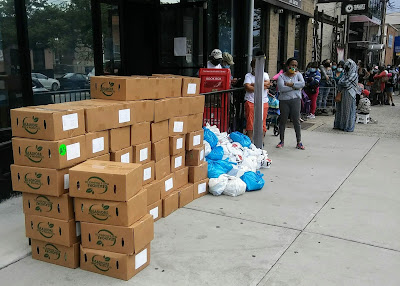 Above - The Boxes and Bags filled with assorted groceries are lined up to be taken in front of Councilman Gjonaj's office.

Below - One at a time people picked either a box or bag of assorted foods. 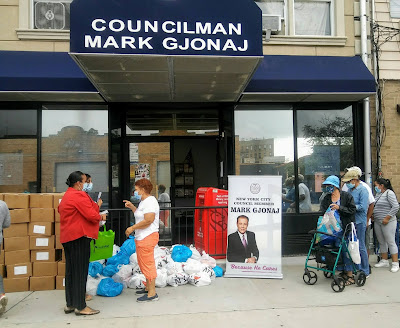 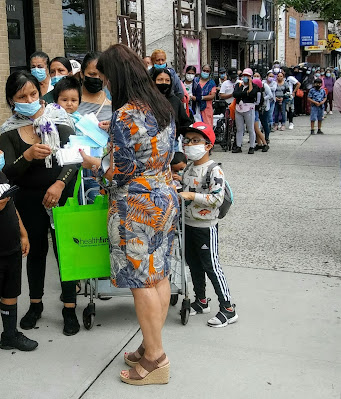 Above - Ms. Pekic gives out a face mask and free ticket to the Bronx Botanical Garden to those on the long line.

Below - One person shows the free ticket to the Bronx Botanical Garden. 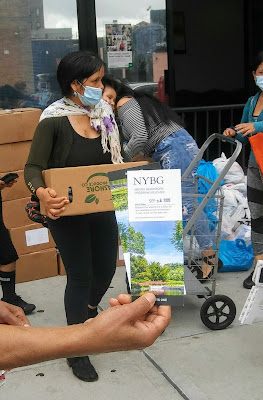