Kingsbridge Food, Mask, Tote Bag Give Away and Census Fill Out

Monday Councilman, and Supreme Judge candidate Andrew Cohen was on hand to help hand out the almost two-hundred boxes of food provided by the Metropolitan Council of New York. Handing out face masks and tote bags was Female District Leader, and Chief of Staff to Assemblyman Jeffrey Dinowitz Randi Martos. Male District Leader and 11th City Council candidate Eric Dinowitz was also on hand for the event.

The event was scheduled to run for two hours in front of the Kingsbridge Public Library on West 231st Street. With the large crowd the food and other supplies ran out in less than one hour. Representatives from the U.S. Census Office said that over twenty five people filled out the U.S. Census. 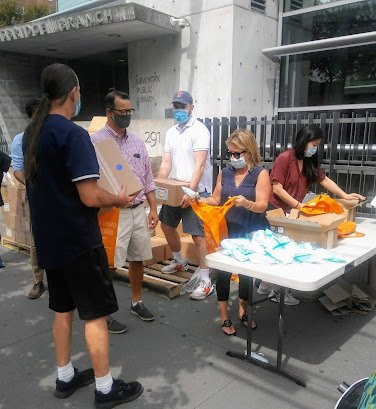 Above - Councilman Cohen watches as Female District Leader Martos hands out a tote bag with a face mask and small bottle of hand sanitizer in it.

Below - Councilman Cohen helps hand out the boxes of food. 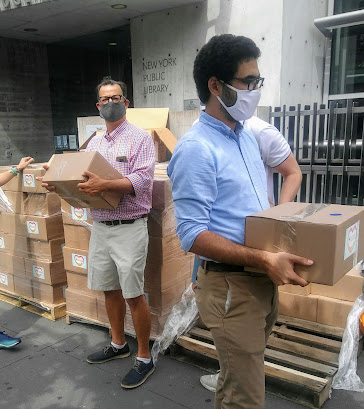 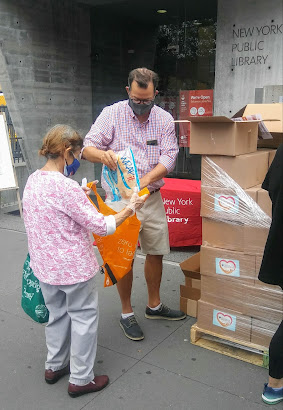 Above - Councilman Cohen opened up this box of food, and places a few of the items in it in the tote bag for this woman.

Below - Female District Leader Randi Martos helps put this box of food into the wagon for this woman. 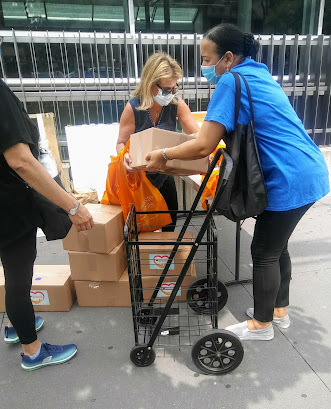