In talking with Mr. Sharpe, he said that he had taken a year and a half off without receiving any compensation in his bid for governor in 2018. He said that currently there are slightly over 13,000 members of the Libertarian Party of New York. He has traveled around the state to ask people to vote on the Libertarian Party line this year, because new ballot laws passed this year now require that minor parties receive a minimum of 130,000 votes each year, instead of 50,000 votes once every four years during the governors election year.

A mix of the Democrats and Republicans was seen by the people who attended this dinner to meet Larry Sharpe in the Bronx. The Libertarian Party of New York is dedicated to the principle that free people have the right to do anything they please, except to initiate force, the threat of force, or fraud, against other persons or their property. 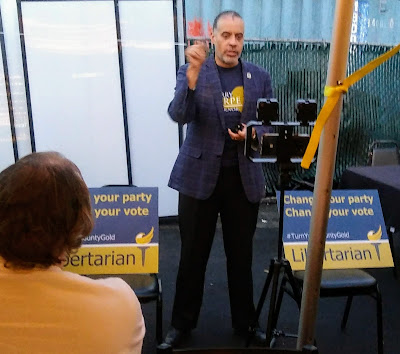 Above - Larry Sharpe explaining what he is doing to help the Libertarian Party maintain its current qualified party status in New York State. 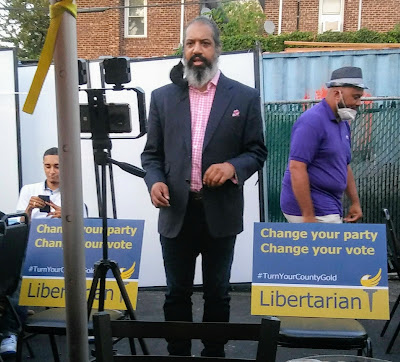 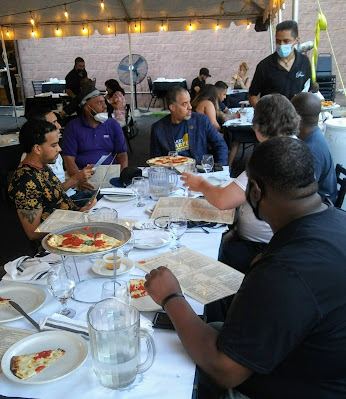 There were many questions for Larry Sharpe, including if he was going to run for governor in 2022, which he did not rule out.
Posted by 100PercentBronx at 11:46 PM