An exquisitely dressed Assemblywoman Nathalia Fernandez helped set up the food giveaway, and began handing out some food before she had to leave for another event since she is one of the three announced candidates for Bronx Borough President. State Senator Jamaal Bailey arrived shortly afterwards taking control of the food giveaway. Also on hand was the Irene Estrada the Female District Leader from the 80th A.D., Sandra Pabon the State Committeewoman, and a representative from Councilman Cohen's office. In less than one hour all the food was given out, and people were posing for pictures with each other. The food that was handed out was provided by the Albanian American Open hand Association. 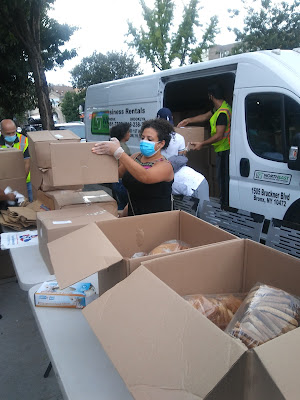 Above - Assemblywoman Nathalia Fernandez helping to set up the food giveaway. 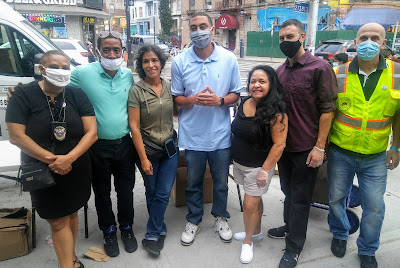 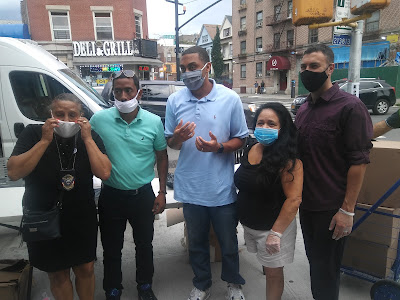 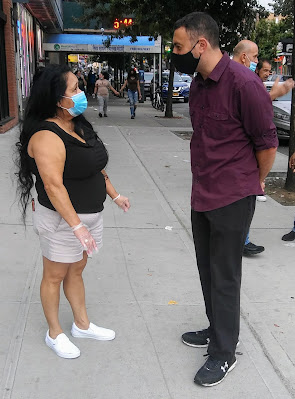