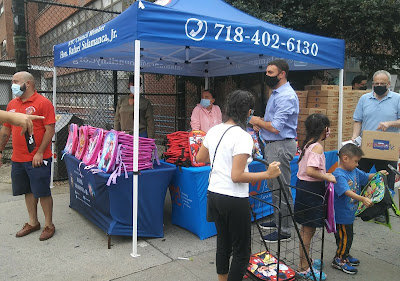 South Bronx City Councilman Rafael Salamanca came up to Norwood to give out book bags and school supplies with Assemblyman Jeffrey Dinowitz and his son 11th City Council  district candidate Eric Dinowitz. Also on hand was Councilman Andrew Cohen who represents the area where the event took place. Stopping by were 80th A.D. Assemblywoman Nathalia Fernandez a declared candidate for Bronx Borough President, and Marcos Sierra the Male District Leader from the 80th A.D. who has declared his candidacy for the 11th City Council district.

Due to term limits of most Bronx City Council members there had been a large field of candidates running for Bronx Borough President expected, but with the probable election of Ritchie Torres to Congress, and Andrew Cohen to Bronx Supreme Court the field of candidates thinned out. Currently only term limited Bronx City Council members Fernando Cabrera and Vanessa Gibson have declared with businessman Victor Gutierrez, and Assemblywoman Nathalia Fernandez. Councilman Salamanca who is not term limited, is undecided as to which office he is running according to the Campaign Finance Board website. One or two other candidates are expected to announce after the November election their intention to run or not for Bronx Borough President. 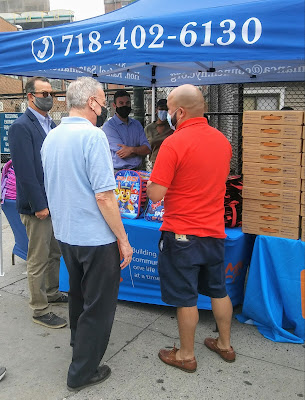 Above - City Council members Andrew Cohen and Rafael Salamanca with Assemblyman Jeffrey Dinowitz and his son Eric Dinowitz (background) a candidate in the 11th City Council district. Book bags and boxes of school supplies sit on the tables. 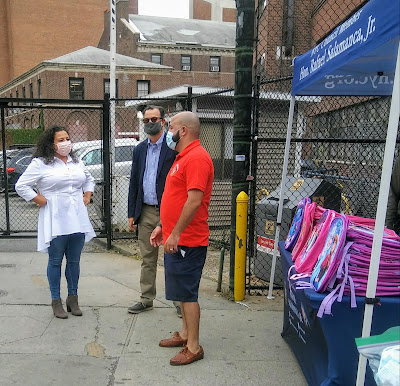 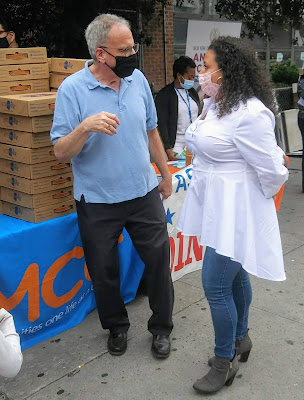 Above - Assemblyman Jeffrey Dinowitz explaining to Assemblywoman Nathalia Fernandez where their district lines are, and the spot they are right now is in the 81st assembly district.
Below - 11th City Council candidate and 81st A.D. Male District Leader Eric Dinowitz handed the book bags to the children. 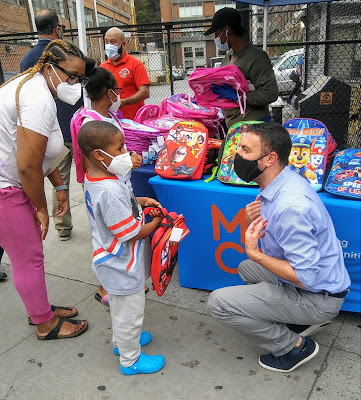 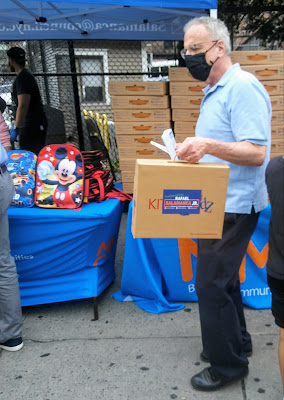 Above - Assemblyman Jeffrey Dinowitz holds the box of school supplies with the Rafael Salamanca sticker on it.
Below - 11th City Council candidate and 80th A.D. Male District Leader Marcos Sierra gives this woman his card.