More than 100 people came to The Gun Hill Houses to hear the announcement that Brian Melford was running for the 12th City Council seat in the upcoming Special Election to replace Councilman Andy King who was expelled from the City Council Monday October 5, 2020.

Uptown Community Party is the name candidate Brian Melford has chosen for his petition to run for the 12th City Council Special Election to be held on December 22, 2020. Candidate Melford explained that the 12th City Council District is Uptown, and that the Community will elect him in the Special Election. Brian said that he has almost seven years of experience in City Council matters, and several years as the Budget Director for Councilman King. No other candidate has the experience that he has with the City Council he added.

There are only twelve days to collect signatures, and as of Sunday October 11, 2020 four days into petitioning there was nothing on the Board of Elections website about the 12th City Council Special Election. The only mention was during the October 6, 2020 BOE commissioners meeting where it was mentioned that the mayor had three days to call a special election that would occur right before the Christmas holiday, and would not involve Rank Choice Voting. 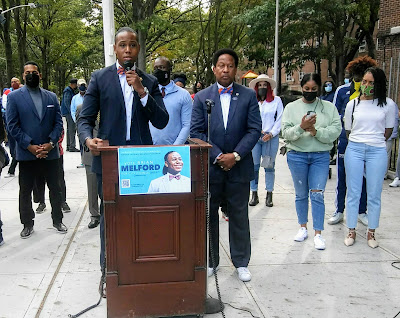 Below - Brian Melford with supporters Ms. Laura Capos from the Lion King, and her mother Diana. 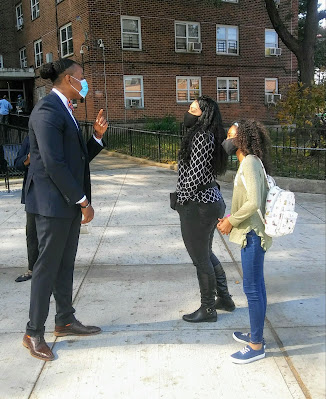 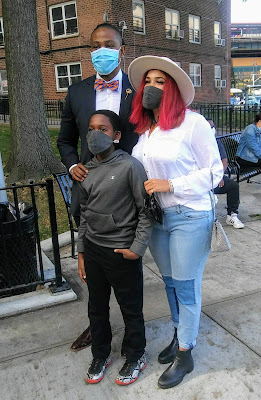 Brian Melford with  supporters Ana Rivera and her son Johnathan.