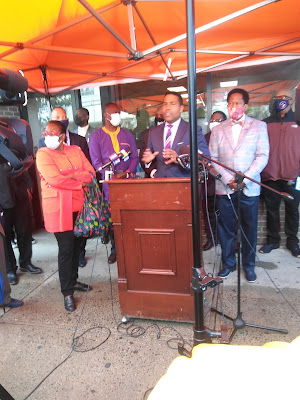 Councilman Andy King with his lawyers and supporters outside his office Friday answering the charges of the City Council Ethics Committee to be voted on today.

It is now unclear what will happen since the last time the council held such a vote was eighty or ninety years ago according to one councilman who voted in favor of the expulsion.

There is also the probability of a lawsuit by Councilman King as was said in a press conference that was held on Friday by his lawyer who claimed that Councilman King was being accused of things that he did not do.