If you park in a Red Zone (No Standing Anytime) you are liable to have your car booted, and then towed away by the New York City Department of Traffic.

Saturday morning I came upon a situation where I saw a NYCDOT tow truck on Pelham Parkway South at Wallace Avenue. I asked the tow truck operator what was going on, and she politely answered I am here to pick up the car that has been booted in the Red Zone.

After crossing the street I saw a boot that was placed on the front passenger tire so the car could not be moved out of the Red Zone it was in. There was also a ticket on the car's windshield. 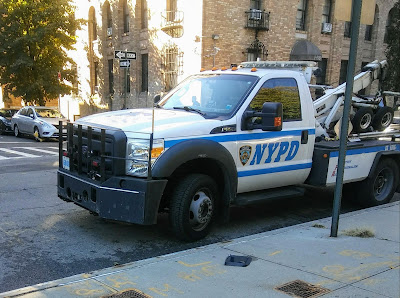 Above - The NYCDOT tow truck at the corner of Pelham Parkway South and Wallace Avenue.

Below - The car with a boot on its front passenger wheel, which is clearly parked in a Red 'No Standing Anytime' Zone. 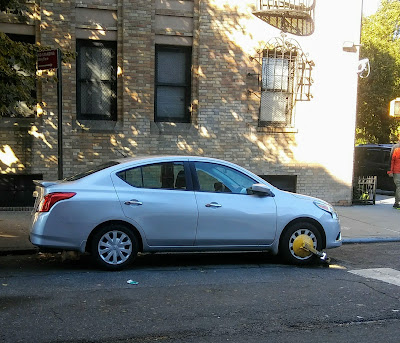