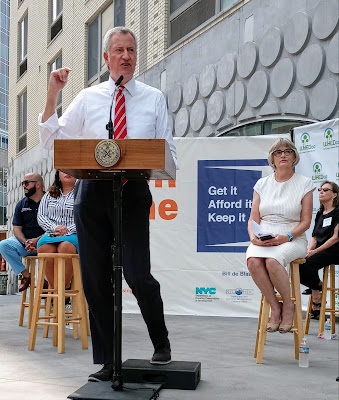 Here I am at the opening of Bronx Commons in the Bronx when I had my City Hall in the Bronx. I made a mistake trying to squeeze all those people into basement apartments. Now we have to build higher.

I went to Brooklyn and Queens to survey the damage. At least my house in Brooklyn Heights is O.K. but those poor people in the 14th Congressional District. Senator Schumer, Congresswoman Ocasio-Cortez, FEMA representatives, and I held a press conference on the damage. At least President Biden has committed to help us, as well as what seems to be my opponent next year current New York Governor Kathy Hochul.

School start next Monday get vaccinated.