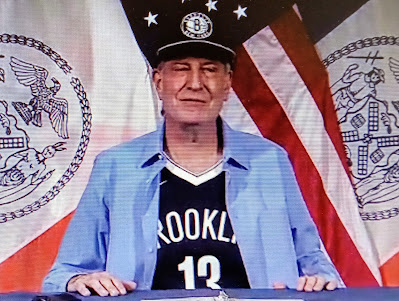 I'm going to have to spend this Labor Day weekend with some of my contributors if I am going to run for Governor. I hope this Tropical Storm doesn't hurt my developer friends. They want to build, build, and build more. When I leave office the people will say that Bill de Blasio was the best mayor New York City ever had.
I still have almost four months left, and where did the time go. It seems like only yesterday I was campaigning for Mayor, after being the Best Public Advocate New York City ever had. So Jumaane stay as the Public Advocate for the next eight years, and you should be he next Mayor after Eric Adams.