New York Attorney General Letitia James and Monroe County Executive Adam Bello met to discuss the continued impact of the opioid crisis in Monroe County and how funds from recent settlements will go directly towards treatment, prevention, and outreach efforts in Monroe County. In the last three months alone, Attorney General James has announced a number of settlements with some of the manufacturers and distributors responsible for fueling the opioid crisis that will infuse as much as $1.5 billion into New York communities to fund opioid prevention, treatment, and recovery programs.

“The opioid epidemic has wreaked havoc on communities across New York state, including Monroe County,” said Attorney General James. “No lawsuit or settlement will ever bring back the lives we have lost or undo all the destruction we have seen as a result of opioid addiction, but the millions we’ve already secured for the region will help us invest in opioid prevention, education, and treatment programs right away, as we continue to fight for more funds. The pain and suffering far too many communities have experienced has only accelerated over the course of the pandemic, so now is the time to take every action we can to prevent any future devastation.”

“To battle the opioid epidemic and increasing overdose fatalities in our county, we created the Improving Addiction Coordination Team (IMPACT) to provide 24-hour outreach to those suffering from addiction,” said Monroe County Executive Bello. “Thanks to Attorney General Letitia James’ lawsuit settlements with opioid manufacturers and distributors, vital dollars to prevent and treat addiction will be made available for our around-the-clock efforts to combat this opioid crisis.” 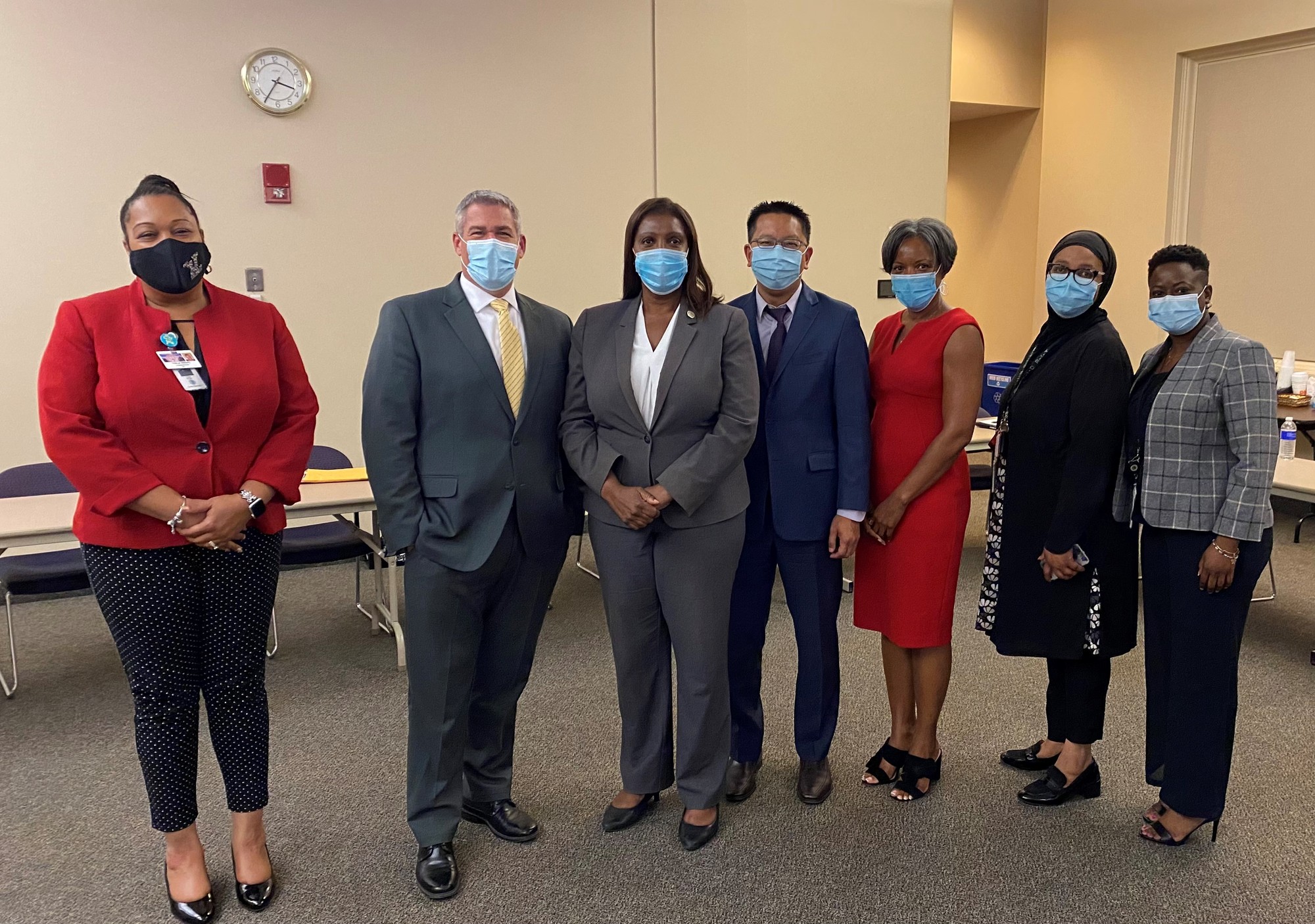 Over the last two decades, the opioid crisis has caused millions of addictions and thousands of deaths across New York state. The coronavirus disease 2019 (COVID-19) public health crisis has only exacerbated opioid use and overdoses in the last year. In Monroe County alone in 2020, 238 people died from an opioid overdose — a 31 percent increase from 2019. In response, last year, Monroe County appointed the county’s first-ever director of addiction services.

The cases against Mallinckrodt and Rochester Drug Cooperative are now in U.S. Bankruptcy Court. In June, a settlement that ended Johnson & Johnson’s sale of opioids nationwide and that will deliver $230 million to New York alone was announced. In July, a settlement with McKesson, Cardinal Health, and Amerisource Bergen that will deliver up to $1 billion to New York state to combat the opioid epidemic was announced. The deals with Johnson & Johnson, McKesson, Cardinal Health, and Amerisource Bergen have a global value of approximately $26 billion. Earlier this month, a settlement that secured more than $4.5 billion — at least $200 million of which will be earmarked for New York — from the Sackler family and foundations that they control, ends the Sacklers’ ability to manufacture opioids ever again, and will shut down Purdue Pharma was announced. Last night, a settlement that secured $50 million for New York state and Nassau and Suffolk Counties was announced.

The trial against all other defendants is currently underway in Suffolk County State Supreme Court.