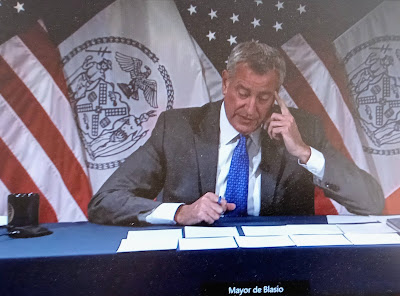 O.K. now where do I begin, and where is everyone? What's that today is Saturday, and I don't do this? I forgot that, so I might as well go to the gym now. This job isn't easy, sometimes it makes you crazy or forget things, since one is under so much pressure.

I hope the next mayor Eric Adams can handle the pressure of being Mayor of the largest city in America. During the last ten year New York City gained over half a million people, while other parts of New York State lost more than that amount of people, and that is why New York State is losing one congressional district. If I am elected governor of this state, I will do to New York State what I have done to New York City, or maybe I shouldn't say that.