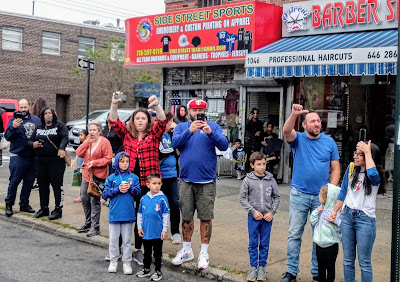 Those weren't cheers and greetings for me in the Bronx Columbus Day Parade Sunday. Those people in the Bronx were outright mean to me Charlene. I bet they would have driven me out of office on railroad tracks as in the old days. We better start packing up everything that is not nailed down.

I also have to worry about that Department of Investigation person whom I put in charge there. Her report makes me appear that I misappropriated funds of over three-hundred thousand dollars. They put Alan Hevisi in jail for less than that. Now you know why I did not want to visit Rikers Island, but it is good that the 'No Cash Bail Law' is in effect, because all I would have to do is sign myself out, an leave the country. There goes my chance at being Governor of New York.