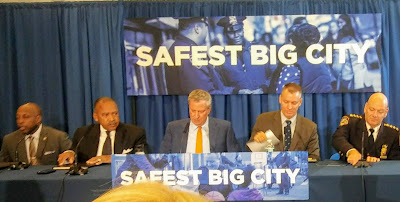 This is when we were the safest big city, but with all the gun violence, rise in crime, and criminals let out of jail by the people you voted for, it is tough for me to say we are now the safest big city. However just like the past mayor's have done, we can make the numbers say whatever we want them to say. The reason for the large drop in crime under the two Republican mayors was that car theft went down at such a large rate due to anti-theft devices on new cars.

Happy Thanksgiving and we will fix the numbers Monday so we are the Safest Big City again.