Rabbi Pewzner once again officiated at this menorah lighting, Each elected official spoke about what the holiday of lights means to them, and how much they have learned about the different menorah lightings that had taken place before this one.

Rabbi Pewzner told the story of Chanukah, of how oil that was placed in a cup expected to burn only one night, stayed lit for eight days to give light, thus Chanukah is the holiday of lights to the Jewish people.

Councilman Mark Gjonaj gave his farewell menorah speech, saying that this would be his last menorah lighting here as an elected official. He thanked everyone for their participation. 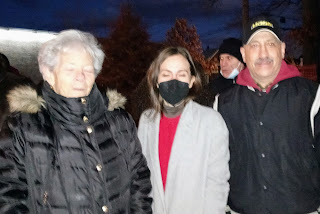 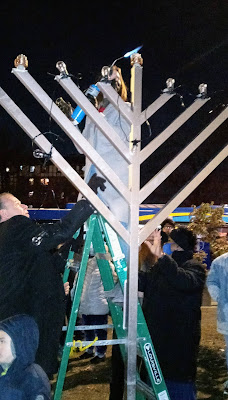 State Senator Biaggi was drafted to light the middle oil lamp, as Councilman Gjonaj and Da Clark held the ladder. 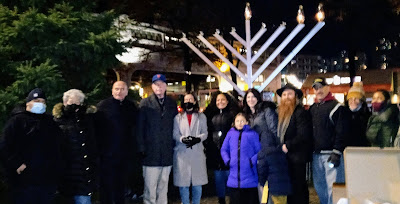 A group photo in front of the lit menorah on Pelham Parkway by White Plains Road.
Posted by 100PercentBronx at 1:43 AM