It was a cold Tuesday afternoon outside the 49th Precinct on Eastchester Road, but inside there was plenty of warmth and smiles from the police officers, and children who got to see Santa Claus and received a toy for Christmas. The children also received a cookie and cup of hot cocoa, while there was coffee for the adults. 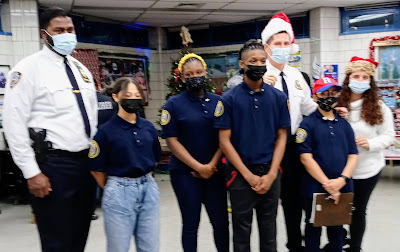 The Explorers helped give out the toys with Officer Fernandez. 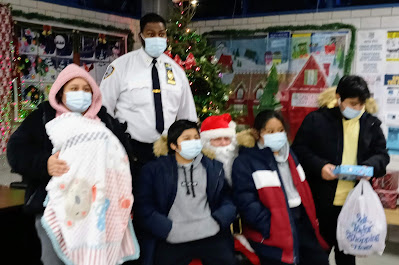 Captain Despat got right into it by posing with this family and Santa. 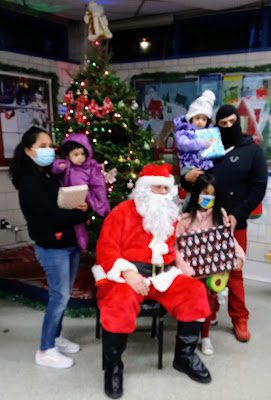 Another family poses with Santa holding the toys they received. 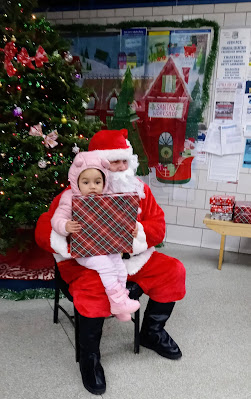 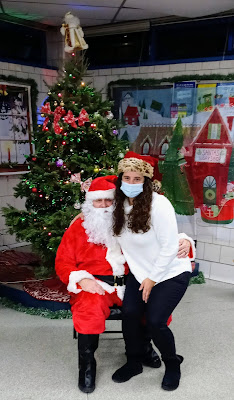 After Violet, Officer Fernandez had to sit on Santa's lap. 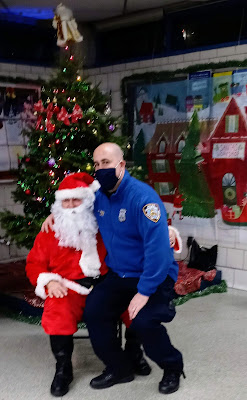 Not to be outdone, Community Affairs officer Graham had to sit on Santa's lap.