AG James Recovered Nearly 2,100 Guns Through 18 Buybacks and Other Efforts in 2021

AG James Has Taken Nearly 2,700 Firearms Out of Communities Since 2019

“Over the past year, areas throughout New York state have experienced record high levels of gun violence and devastation,” said Attorney General James. “In an effort to crack down on this violence and protect our communities, we held 18 gun buybacks and successfully took nearly 2,100 guns off the streets. Every gun that is turned in at our gun buybacks is a potential tragedy averted and a potential life saved. I thank the Poughkeepsie Police Department and our other partners in law enforcement for their invaluable support and collaboration in keeping our neighborhoods safe.” 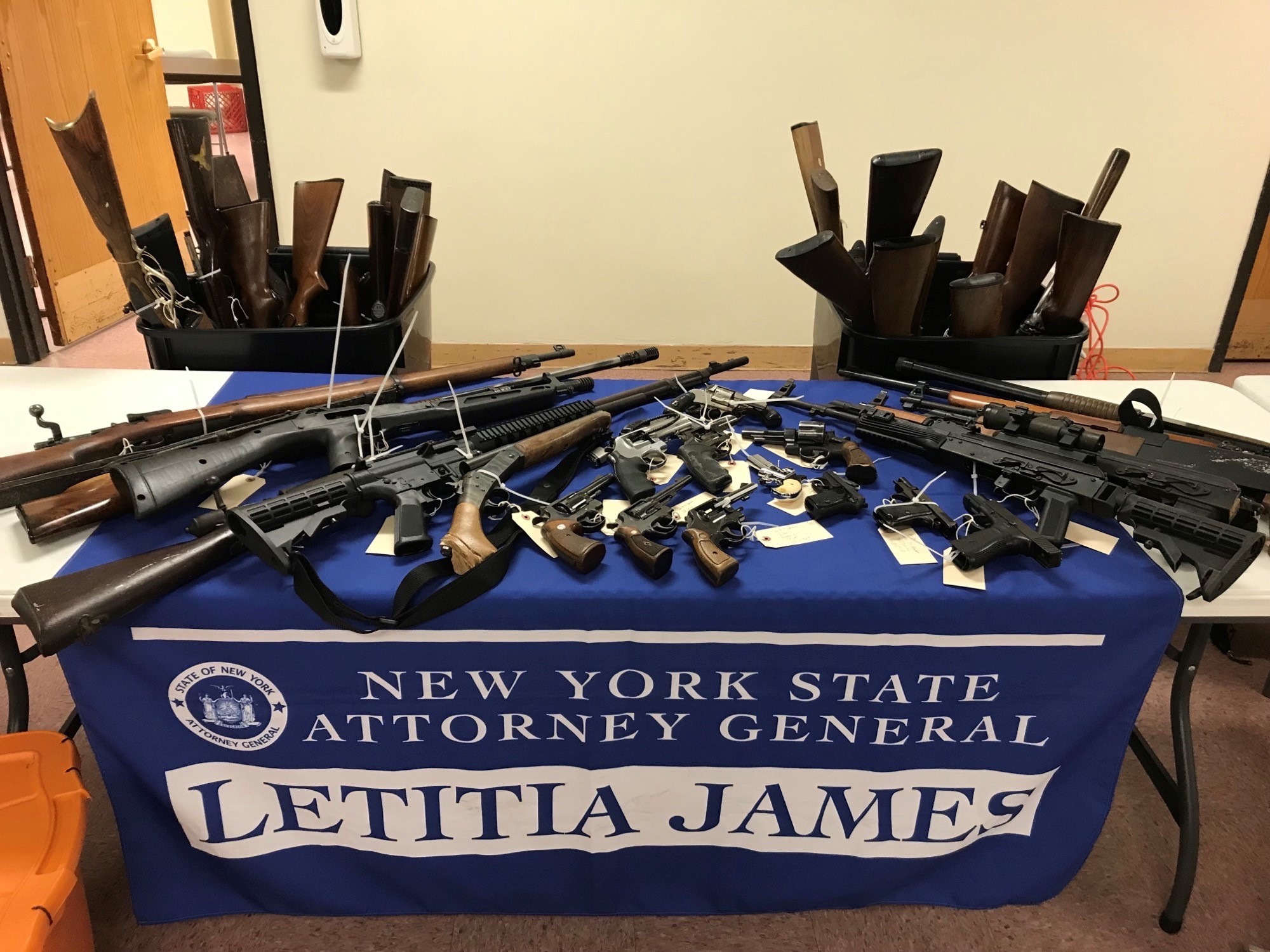 “The City of Poughkeepsie Police Department appreciates the assistance and resources made available through New York Attorney General Letitia James for the community beneficial gun buyback program,” said Poughkeepsie Police Captain Richard T. Wilson. “Any gun that is turned in and no longer accessible to those intent on committing acts of violence is a great benefit to the community as a whole.”

Today’s community gun buyback resulted in the collection of 56 guns, including 15 handguns, 33 shotguns and rifles, 6 assault rifles, and 2 non-working guns. Since 2013, the OAG has hosted gun buyback events throughout New York state and has successfully collected nearly 4,700 firearms.

In exchange for the firearms, the OAG offered monetary compensation, in the form of prepaid gift cards, when an unloaded gun was received and secured by an officer on site.