It was a cool Thursday evening at Joyce Kilmer Park opposite the Bronx Courthouse, but it would be the last Christmas Tree there that current term-limited Bronx Borough President Ruben Diaz Jr. would light as the BP. A beautiful tree with over one thousand lights on it, but before there would be some entertainment thanks to LAX96.3 radio, and the NYPD La Jara band and singers. 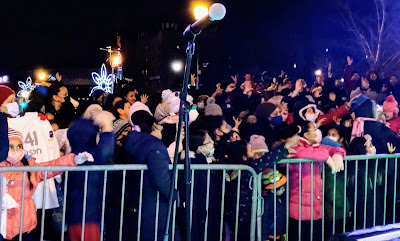 The large crowd at Joyce Kilmer Park to see the lighting of the Bronx Christmas tree opposite the Bronx County Building. 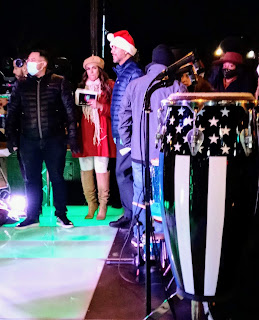 Bronx Borough President Ruben Diaz Jr. waits as he watches an autographed Giants football given to one lucky young girl in the audience. 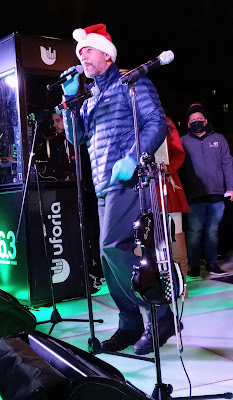 On stage Bronx BP Diaz Jr. opened with his, 'Is the Bronx in the House'? 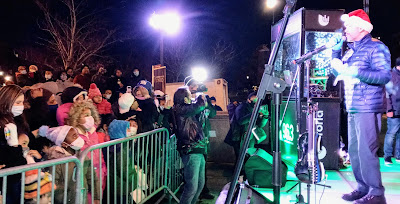 NP Diaz Jr. explains why this is his last Bronx Christmas Tree lighting, because he is term-limited out of office on January 1, 2022. 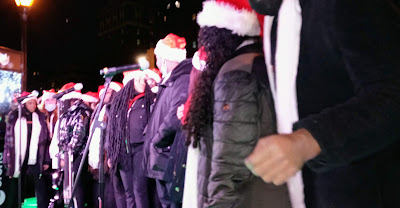 The Choir from the Celia Cruz High School performed. 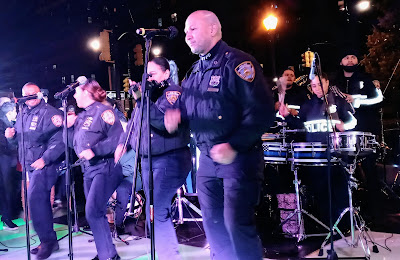 Also performing up to the countdown of the tree lighting were the NYPD La Jara, a sixteen member special unit of Latin musical police officers. Their mission is to bring unity through music.

The Bronx Christmas Tree was light, and then it was off to Santa's Workshop. 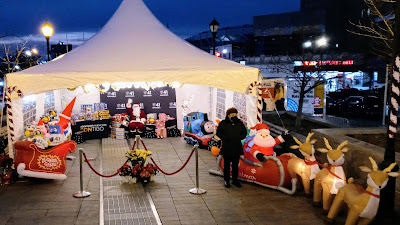 Santa's Workshop on the Concourse.