Sunday afternoon in the Lovinger Theater at Lehman College hundreds of people jammed the seats which included countless elected officials to be a part of the swearing in ceremony of  Councilman  Eric  Dinowitz. Midway through  the ceremony  there  was a musical interlude from members of the Woodwind  instrument  section  of the  Celia  Cruz  High  School  where  Eric taught.

This was the culmination of 2021 for candidate Eric Dinowitz. First he won a Special Election in March that was not official until mid April due to Rank Choice Voting. He then won the Democratic Primary, which again took weeks to become official, again thanks to Rank Choice Voting. Then as the Democratic candidate won the general election for the 11th City Council seat. Now he was going to have the man who he took over for, former Councilman now Supreme Court Justice Andrew Cohen swear him in as the Councilman from the 11th council district. 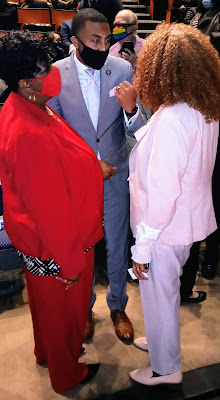 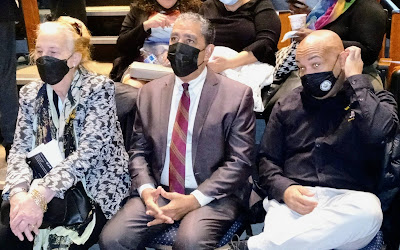 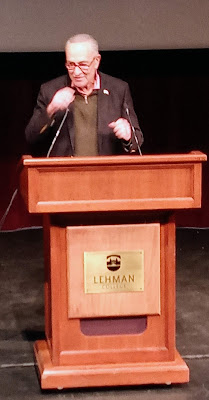 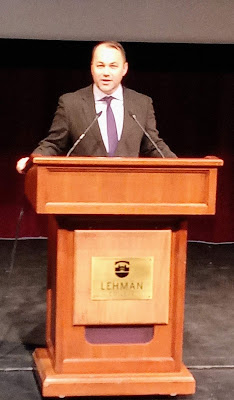 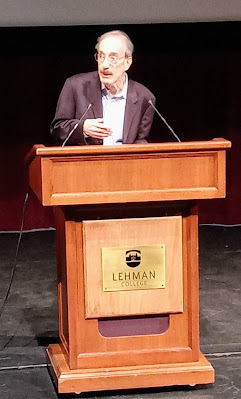 Former Congressman Eliot Engel who was known to Councilman Eric Dinowitz as Uncle Eliot, spoke of watching Eric grow up, and seeing that Eric had a bright future as a leader.

The Woodwind Instrument section of the Celia Cruz High School where Eric Dinowitz taught provided a musical interlude midway through the ceremony. 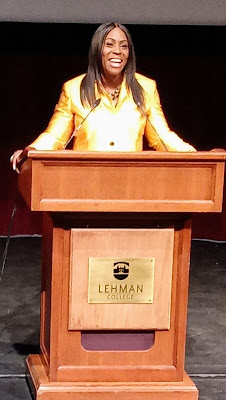 Bronx Borough President Elect Councilwoman Vanessa Gibson had some praise for her fellow member of the city council of a few short months. 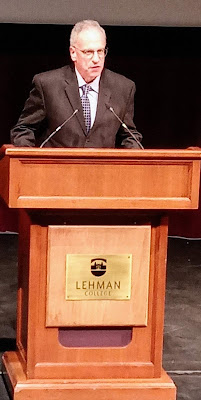 The one elected official to speak longer than U.S. Senator Schumer was Assemblyman Jeffrey Dinowitz, Eric's father who also spoke of Eric's leadership ability as he grew up. 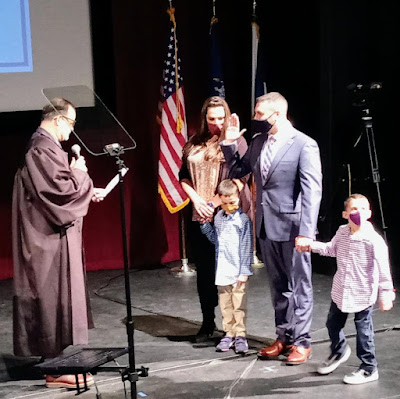 It was time to be sworn in by Judge Andy Cohen, the councilman Eric took over for when he won a special election in March of this year. Eric's wife and twin sons are with him as he takes the oath of office. 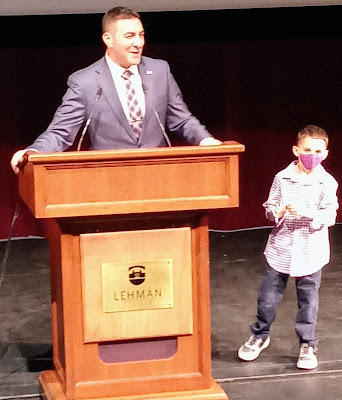