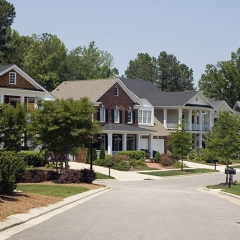 "For too long, the dream of owning a home has been out of reach for too many New Yorkers because of discrimination and bigotry," said Governor Hochul. "When intrepid investigative journalists uncovered housing discrimination in New York, we took action to end this unacceptable practice. I'm proud to sign strong new laws expanding access to fair housing and allowing more New Yorkers to achieve the American dream of owning their homes."

The centerpiece of the legislation is the Anti-Discrimination in Housing Fund that will permit the state to conduct fair housing testing. New efforts also range from increasing training and raising the maximum fines for misconduct by real estate brokers and salespersons, to emphasizing that all state and local agencies that administer state housing programs have an obligation to “affirmatively further fair housing.” These new bills, passed thanks to the efforts of Senate Housing Committee Chair Brian Kavanagh and Assembly Housing Committee Chair Steven Cymbrowitz, will ensure the real estate workforce is well versed in fair housing practices, and that the new fund is sufficiently resourced to carry out its intended purpose.

Creation of the Anti-Discrimination in Housing Fund, Increasing Fines and Adding a Surcharge to Licensing Fees

Legislation (S.945-B/A.6866) establishes an Anti-Discrimination in Housing Fund, a portion of which will be supported by fines collected for violations of anti-discrimination sections of the real property law. This bill increases the fine ceiling from $1,000 to $2,000 and then diverts 50 percent of the revenue from these fines to the Anti-Discrimination in Housing Fund. This fund will be available to the Office of the Attorney General for fair housing testing who will allocate grants to various government and non-governmental entities specializing in anti-housing discrimination.