Ice Skating in the Square at Owen Dolan Park

Thursday December 30th from 3 - 6 PM Owen Dolan Park in Westchester Square was transformed into an Ice Skating area provided by Magical Entertainment. Fitted hard plastic squares were set up in a rectangular rink, and ice skates were provided free to those who wanted to skate. There were also training aids for the very young children who did not know how to ice skate.

Precast hard plastic squares were set up as in a rectangle shape, with skates that were given to use for free on the wall, and seats to change into the skates before entering the rink. 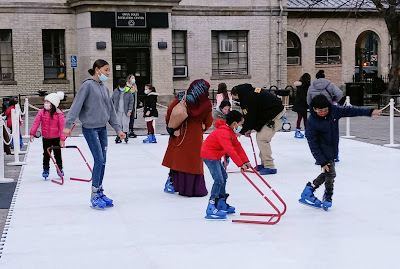 Training skating aids were available to those who did not know how to skate. 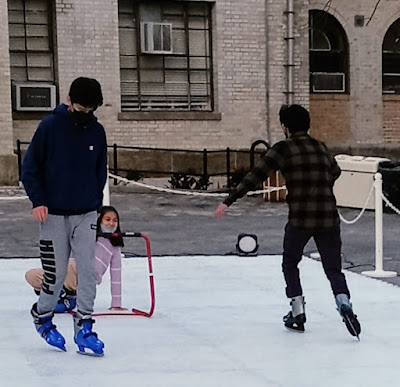 Older children such as these boys who knew how to skate, were able to skate on the hard plastic squares set up as a rink. 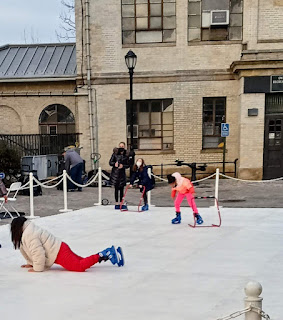 At times people would fall down, and in order to go skating waivers had to be signed by the person or the parent of a child. 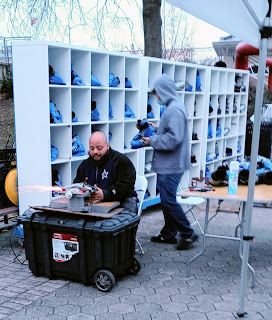 Because it was a hard plastic surface not real ice, some of the blades of the skates had to be ground down after being used.

Lights were used to allow for skating after the sun went down until 6 PM.
Posted by 100PercentBronx at 8:09 PM