It was already a dark Wednesday night when the crowd gathered outside Loreto Park to see that some construction work was going on, and to light the Annual Morris Park Christmas Tree.

Councilman Mark Gjonaj was joined by State Senator Alessandra Biaggi, Assemblywoman Nathalia Fernandez, Assemblyman Michael Benedetto, Santa Claus, and the Grinch that stole Christmas. Also on hand was the girls choir from St. Francis Xavier under the guidance of Ms. Phyliss Nastacio. The girls Choir' sang some Christmas Songs, as the Grinch tried to steal the Christmas spirit, but Santa saved the night from being stolen by the Grinch. 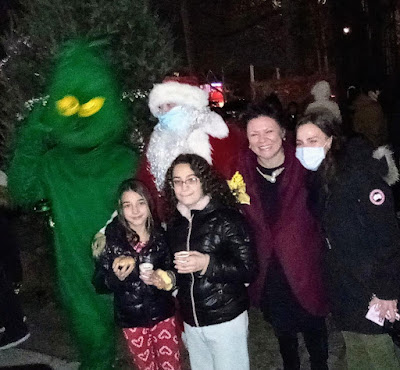 People and children wanted their picture taken with Santa, Senator Biaggi, and the Morris Park BID Executive Director, as the Grinch tried to ruin the photo. 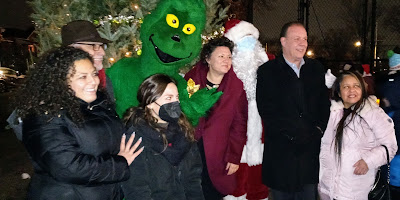 State Senator Biaggi wishes everyone a safe and Merry Christmas, and happy holidays. 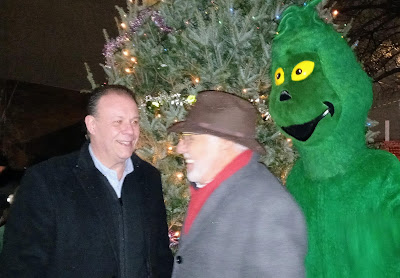 Councilman Gjonaj and Assemblyman Benedetto talk in front of the lit Christmas tree, as the Grinch hovers over them.