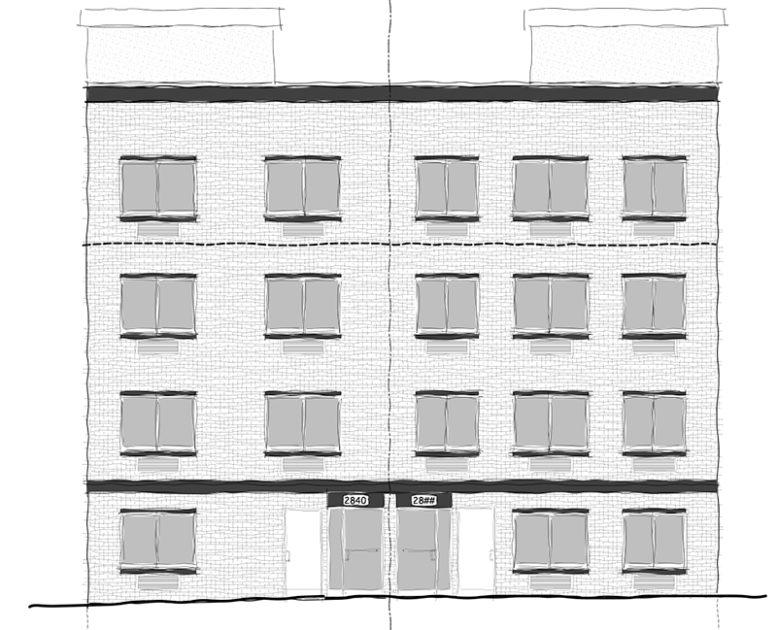 The New York City Department of Buildings is now reviewing permits to complete a new 16-unit multifamily rental property in the Kingsbridge section of The Bronx. The development represents an assemblage of two neighboring lots at 2838 and 2840 Webb Avenue, which will debut as a pair of two interconnected four-story buildings.

Designed by Badaly & Badaly Architecture and Engineering, each building will comprise 6,960 square feet of residential area. The mix of units will include studios and one- and two-bedroom apartments. The façade will comprise a mix of brick masonry, a standard punched window system with PTAC units underneath, and stuck-enclosed bulkheads at the roof of the building.

The buildings will replace a three-family low-rise home constructed around 1920. The developer, which was not specified, has also filed permits to demolish and excavate the existing property at 2832 and 2840 Webb Avenue. No word yet on when the building might debut.