Statement from Governor Kathy Hochul on the U.S. Supreme Court Declining Appeal Regarding Cap on Federal Deduction for State and Local Taxes 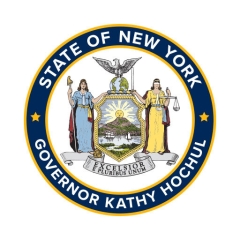 "Four years ago, former President Trump and a Republican controlled Congress launched an economic attack on New Yorkers. Their tax plan handed major giveaways to big corporations, while raising taxes on middle-class families here in New York. Though I am disappointed in the U.S. Supreme Court's decision, I can't give up on fighting for New York families and the tax relief they deserve. That's why I accelerated our middle-class tax cut, put forward a significant property tax rebate and advanced a suspension of the gas tax in the recently enacted state budget.

"Leaders in the White House and Congress have the power to undo the damage caused by the Republican tax plan and restore the full SALT deduction to help middle-class New Yorkers. With costs rising and New Yorkers hurting, I urge our leaders in Washington to address this critical economic issue as quickly as possible."